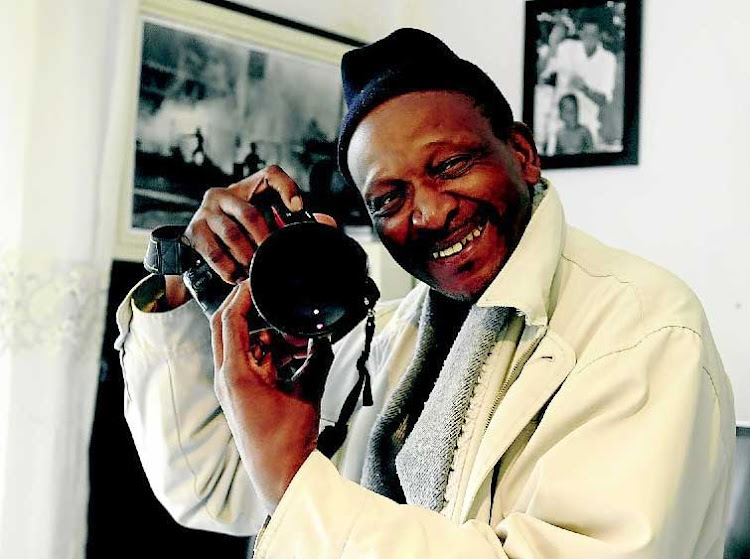 Veteran photographer Bongani Mnguni has a special place in his heart for the newspaper that strove to tell the story of black people during a tumultuous time in South Africa's history.

Mnguni, 64, joined The World in 1972 after being offered a job as a freelancer by senior photographer and activist Moffat Zungu.

From taking family portraits in the streets of Soweto with his instamatic camera, Mnguni stepped into the news terrain and never looked back.

At the time there was one photography school in Pretoria, which catered only for white students.

"Many of us did not go to varsity. I learned a lot of things while working at The World. I learned how to develop and edit my own pictures," Mnguni said.

He recalled how his street smarts helped him through the difficulty of being behind the lens at a time when journalists were being targeted.

Many of his photographs, which depicted the lives of black citizens, were published inside the pages of the popular broadsheet paper.

"They would send me out on assignments because I always came back with a picture. I was street smart and a good fighter," Mnguni said.

Mnguni captured riots in the townships and injustices inflicted on black workers on white-owned farms.

He described how they would sneak into the farms on a mission to interview workers about the abuses they endured at the hands of their employers.

Mnguni said sometimes the farmers would find them and chase them off the property.

Running and jumping over fences while trying to avoid a beating became part of his life.

This reality worsened when the newspaper was banned by the apartheid government.

"It was tense. I was fortunate that I was never arrested. During those days we couldn't even sleep at home because the white people were looking for us. I was afraid for my family," Mnguni said.

He had to bury some photographs in the yard of his Orlando East home in an effort to save his work from being confiscated by authorities.

Mnguni said The World was respected and loved by many.

"The World was very famous back then. People called us World reporters wherever we went. It didn't matter if you were a writer, a photographer or a driver," he said.

Mnguni remembers the sound of fingers furiously pounding on the typewriters towards deadline every day in the newsroom. He also recalls the passionate band of journalists who worked tirelessly to capture the news.

But the most important memory he carries is how the newspaper won the hearts of its readers through its unique ability to tell the story of black people.

"The World was different. It was a real black newspaper."

Being a part of the news team was also Mnguni's opportunity to play his part in fighting the racist regime.

"I was very eager to make a difference in our history. I had hope that if we expose what was happening in SA to the rest of the world other countries would take interest in helping black people."