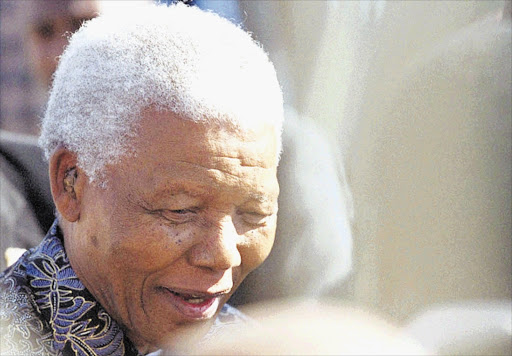 Late former president Nelson Mandela is the only reason Mihlodi Chauke‚ 61‚ says she will vote in the 2016 municipal elections.

But before casting her ballot‚ Chauke says she needs to provide for her family and she does that by selling peanuts outside the Joubert Park voting station‚ one of the biggest in the Gauteng province.

While thousands of voters streamed into Joubert Park‚ Chauke sat at her stall‚ wrapped in a thick blanket and stirring a big pot of roasted peanuts‚ which she sells at R1.20 a packet.

“I have been selling here since 1981. I started selling mealies and‚ when the business was not doing well‚ I tried out peanuts.

“I am doing this for my children who are unemployed. I have to provide for them.

“I registered to vote for the first time when Mandela was released from prison. I have been voting since. I am voting because of him. I favour him even though he is dead.”

Chauke says she would like to see more young people‚ including her own children‚ getting more job opportunities after the local government elections .

“I would like to see more young people employed‚” he says.

He is one of young South Africans who are unemployed. The only difference between him and the rest is that he has a small business through which he survives.

Maphaso owns a stall that sells meals ranging from R25 to R35. It is also situated outside Joubert Park.

“I have been selling food here for the past year and a half. Customers have a choice between chicken‚ beef liver‚ heart and tripe. These are served with pap and veggies.”

While Maphaso says business has been “okay” since the start of the elections‚ he is confident it will pick up later in the afternoon.

“It’s a public holiday‚ so people will come to vote a little later. I know business will be good today‚” says Maphaso with a chuckle.

The 27-year-old says he will cast his vote before the voting stations close at 7pm.

There were no reported incidents of violence at the Joubert Park station.

Law enforcement agencies were visible in and around the voting station.