Veil of secrecy over Zephany's testimony against women she called mom 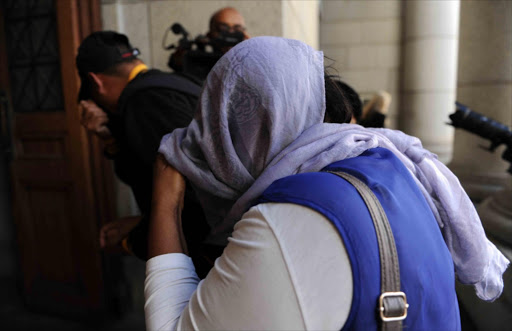 Zephany Nurse testified on Tuesday against the woman she called mama when she uttered her first word.

The Cape Town woman‚ who kidnapped the teen as a newborn from a maternity ward at Groote Schuur Hospital 18 years ago and raised her as her own‚ faces a stiff sentence for the crime.

She cannot be named to protect Zephany‚ who was raised under another name. The state called Zephany to testify in aggravation of sentence on Tuesday‚ but she did so in camera.

“Today‚ Zephany Nurse testified in the sentencing proceedings of the woman who raised her‚” said Zephany’s representative‚ Professor Ann Skelton.

“Judge Hlophe has issued an order that no statements can be released to the media regarding her testimony.”

Skelton is director of the University of Pretoria’s Centre for Child Law. Zephany’s biological father‚ Morne Nurse‚ also testified. Her urged the kidnapper to “tell the truth about what she did” before he can consider forgiving her.

An emotional Morne told Hlophe his relationship with Zephany is “dead”.

“My other kids have suffered severely. They cry‚ they want their sister‚” he said. “I don’t know what to tell them. (Their) relationship with Zephany is dead.”

In her plea explanation‚ the kidnapper detailed her numerous attempts to conceive‚ a number of miscarriages and her desperation to conceive.

She said a woman she knew only as Sylvia gave her the child and she paid R3000 for the adoption and fertility treatment. She admitted to duping her husband into believing the child was theirs.

The matter was adjourned until Thursday. – TMG Digital/Sunday Times