The disabled and sexual abuse 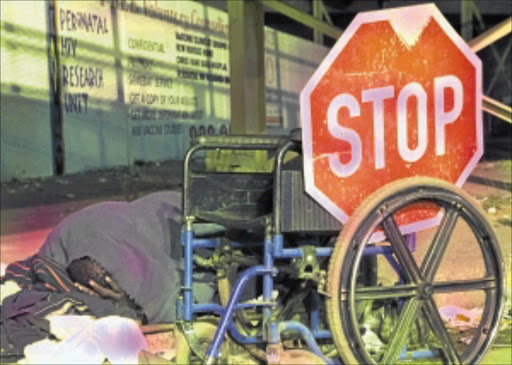 HARARE - The sight of a pastor is usually a relief to vulnerable people such as orphans and those with disabilities. There is little or no suspicion that men of the cloth will prey on those who have invested their trust in them.

But this is exactly what happened to Chengetai Mutasa*. The wheelchair-bound 25-year-old woman was raped by Pastor Musindo* in September last year.

On that fateful day the pastor asked Mutasa to accompany him to a nearby business centre in rural Chihota, about 80km from Harare. On the way he raped her.

Mutasa told her family, who decided on an out-of-court and traditional settlement . The pastor did not abide by the agreement, so Mutasa's family reported the matter to the police.

The pastor disappeared and is still on the run. Investigations have yet to be concluded.

Mutasa's case is similar to what many women with disabilities face in southern Africa. The plight of disabled women who are sexually abused has been exacerbated by a lack of support structures and of information on how they can protect themselves.

In many southern African countries people with disabilities are denied justice due to a lack of resources in court, such as augmentative and alternative communication for women who cannot comprehend spoken or written language.

Superintendent Andrew Phiri of the Zimbabwe Republic Police says that there are no statistics on cases of sexual abuse of disabled women. Most cases are not reported, he says.

"We receive a few cases of women with disabilities being sexually abused through our victim friendly unit, which caters mostly for vulnerable people, among them the disabled," Phiri says..

"In cases in which we deal with people with special needs we provide services as is needed - for instance hiring interpreters for those with hearing and speech impairments."

Phiri notes that victims might not be aware that they can report cases of abuse.

In most cases the perpetrators are known to the victims. Care providers often seek to quickly benefit from such situations. So families choose to settle cases at family or village level to avoid police intervention.

Families will only seek police help when the perpetrator has failed to "pay" for the abuse.

According to the World Health Organisation (WHO) 2011 report, more than a billion people (15%) of the world's population has some form of disability. It further highlights the fact that rates of disability are increasing due to population ageing and increases in chronic health conditions, among other causes.

People with disabilities are at high risk of abuse due to stigma, discrimination as well as a lack of social support for those who care for them.

People with communication impairment are at greater risk because they might not be able to disclose abuse.

"The Scoping Study: Disability Issues in Zimbabwe 2007" report states that the sexuality of people with disabilities has been poorly understood and often not recognised or discussed by society and family members. Women with disabilities are therefore not commonly regarded as being at risk of or vulnerable to HIV.

But the study further notes that extreme poverty and social sanctions against marrying a person with a disability mean they are more likely to become involved in unstable relationships than able-bodied people.

In April 2011 in South Africa four out of seven teenagers were arrested for the rape of a 17-year-old mentally challenged girl and released on R500 bail each. The Dobsonville, Soweto, girl's ordeal came to light after a video of the crime went viral.

Article 9 of the Southern Africa Development Community Gender Protocol proposes that state parties should adopt legislation and related measures to protect persons with disabilities, taking into account their particular vulnerabilities.

Zimbabwe Women with Disabilities in development director Anne Malinga says they are working towards zero tolerance on sexual abuse and advises women with disabilities to know their rights and report the incidents to the police.

- Nyakanyanga is a freelance journalist based in Zimbabwe