Ghana may seek as much as $1.5bn from the IMF amid grim global outlook 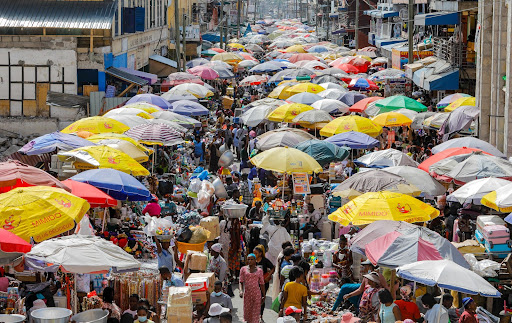 Ghana may seek as much as R25bn from the IMF to shore up its finances and win back access to global capital markets. File photo.
Image: Bloomberg

Ghana may seek as much as $1.5bn (about R25bn) from the International Monetary Fund (IMF) to shore up its finances and win back access to the global capital markets.

The continent’s second-biggest cocoa and gold producer reversed a policy decision not to seek assistance from the multilateral lender as the outlook for the world economy worsened. The final loan amount will be decided after initial assessments, finance minister Ken Ofori-Atta said in a phone interview, hours before talks begin with the IMF in the capital, Accra.

It was a difficult decision but the right one “because the global outlook was really grim and its negative effects on the Ghanaian economy were glaring”, Ofori-Atta said.

After Moody’s Investors Service cut Ghana’s rating the nation lost access to overseas capital markets and “hence our inability to get the needed dollars, which created balance of payment problems and a possible rundown of our reserves”.

The nation’s 17th move to tap the IMF may help President Nana Akufo-Addo’s administration avoid the fate of struggling Sri Lanka, which sought a bailout from the lender earlier this year after shunning support for months because of the austerity measures involved. Ghana has been battling to stabilise debt that has grown to 78% of GDP at the end of March, from 62.5% five years ago.

When we fight for a SA that exists in silos from the rest of the African continent and question the mobility that once existed before the drawing up ...
Opinion
2 months ago

The nation’s dollar bonds, which have been trading at distressed levels, jumped after the government announced its plan to seek support on Friday. Investors were concerned Ghana would not be able to refinance foreign debt after the pandemic and the war in Ukraine sent borrowing costs soaring.

Ghana will propose its own programme to the IMF. The government’s plan — for a minimum three years — will aim to restore debt sustainability and macroeconomic stability, strengthen the central bank’s monetary policy and build buffers against economic shocks, the nation’s finance ministry said on Tuesday in an emailed statement.

“This programme allows for a catalytic engagement, including regaining access to the capital market,” Ofori-Atta said in the interview, adding that Egypt’s talks with the IMF earlier this year encouraged the North African nation to sell Samurai bonds.

In May the nation’s central bank lifted its benchmark interest rate by 200 basis points to 19% in a bid to slow inflation, which accelerated at 27.6% in May.

Kwame Nkrumah built for Africa, not just for himself

Kwame Nkrumah was a selfless African legend who built so much but didn’t build even a house for himself. However, when we look at our political ...
Opinion
4 months ago

SA's Famous Brands - the owner of Steers, Fishaways and Wimpy - plans to open restaurants in Ghana to grow its footprint in the West African region.
News
2 months ago
Next Article