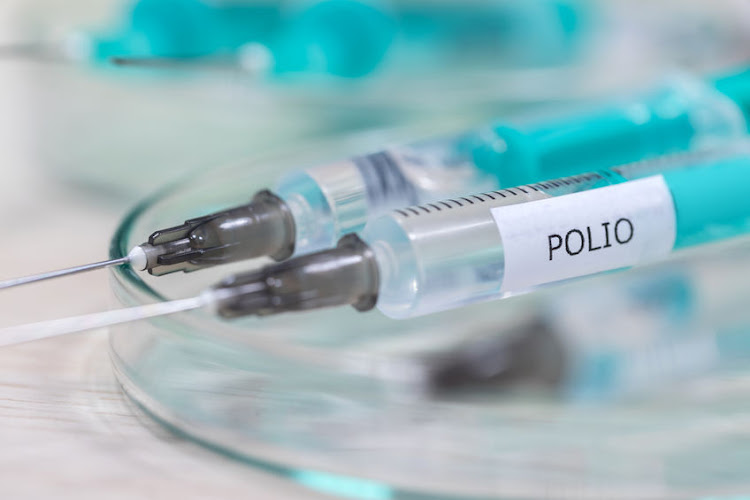 The WHO is supporting large-scale vaccinations targeting millions of children across southern Africa to halt the spread of the virus on the continent, which was declared free of indigenous wild polio in 2020 after eliminating all forms of the wild virus in Africa.
Image: 123RF/Tobias Arhelger / File photo

Mozambique on Wednesday declared a polio outbreak after the virus was detected in a child living in the northeastern Tete region, the first case of the poliovirus in the country in almost three decades, the World Health Organisation (WHO) said.

The case, which marks the second imported case of wild poliovirus in Southern Africa this year following an outbreak in Malawi in February, was found in the child who began experiencing the onset of paralysis towards the end of March, the WHO said.

“The detection of another case of wild poliovirus in Africa is greatly concerning ... It shows how dangerous this virus is and how quickly it can spread,” Matshidiso Moeti, the WHO's regional director for Africa, said in a statement.

Polio invades the nervous system and can cause irreversible paralysis within hours. It cannot be cured, but infection can be prevented by vaccination — and a dramatic reduction in cases worldwide in recent decades has been due to intense national and regional immunisation campaigns in babies and children.

The WHO is supporting large-scale vaccinations targeting millions of children across Southern Africa to halt the spread of the virus on the continent, which was declared free of indigenous wild polio in 2020 after eliminating all forms of the wild virus in Africa.

Genomic sequencing suggest the newly confirmed case is linked to a strain that began circulating in Pakistan in 2019, similar to the case reported in Malawi this year, the WHO added.

In unvaccinated populations, polio viruses can re-emerge and spread swiftly. Cases of vaccine-derived polio can also occur in places where immunity is low and sanitation is poor, as vaccinated people can excrete the virus, putting the unvaccinated at risk.

The national department of health has warned of a possible measles outbreak, cautioning the risk remains high following decreased uptake of childhood ...
News
1 month ago

In February, Malawi declared its first case of wild poliovirus in 30 years when a three-year old girl in the Lilongwe district was paralysed as a ...
News
3 months ago

Malawi's health authorities have declared a polio outbreak after a case was detected in a young child in the capital Lilongwe, the first case of wild ...
News
4 months ago

Disruptions to immunisation put millions of children at risk: UN, WHO

Millions of children whose immunisations have been disrupted by the Covid-19 pandemic, especially in Africa, are now at risk from life-threatening ...
News
1 year ago
Next Article