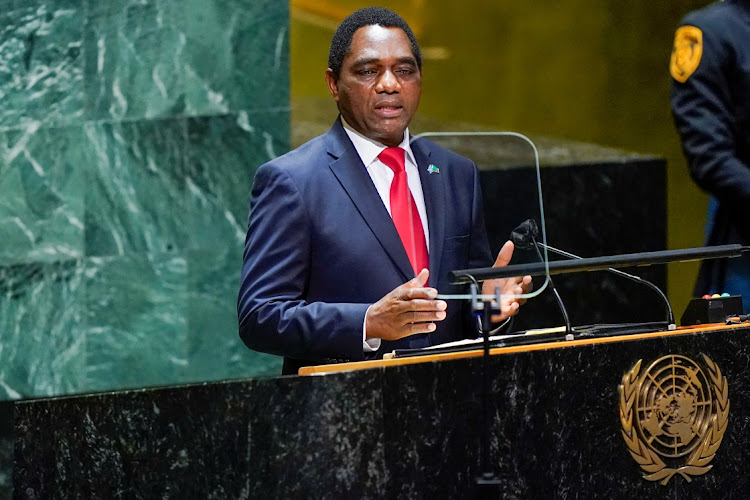 Zambia's President Hakainde Hichilema said on Monday that the country aims to avoid another debt default and its finance minister said the country's debt negotiations should be completed by the end of June.

“We borrowed way too much, it is one of our priorities to restructure our debt,” Hichilema said during a speech to the Indaba mining conference in Cape Town.

Finance Minister Situmbeko Musokotwane told Reuters in an interview that debt talks should end in June.

Zambia, Africa's second-biggest copper producer, became the first pandemic-era sovereign default in 2020, struggling with debt that has reached 120% of GDP. Its debt was $31.74 billion at the end of 2021, according to official government data — of which $17.27 billion is external debt.

Aspen Pharmacare will switch about half of its Covid-19 vaccine production capacity to other products if demand doesn't pick up within six weeks, its ...
News
3 weeks ago

In KwaZulu-Natal, the number of virally suppressed people rose from 42% to 92% thanks to the insights artificial intelligence delivered in more than ...
News
3 weeks ago
Next Article