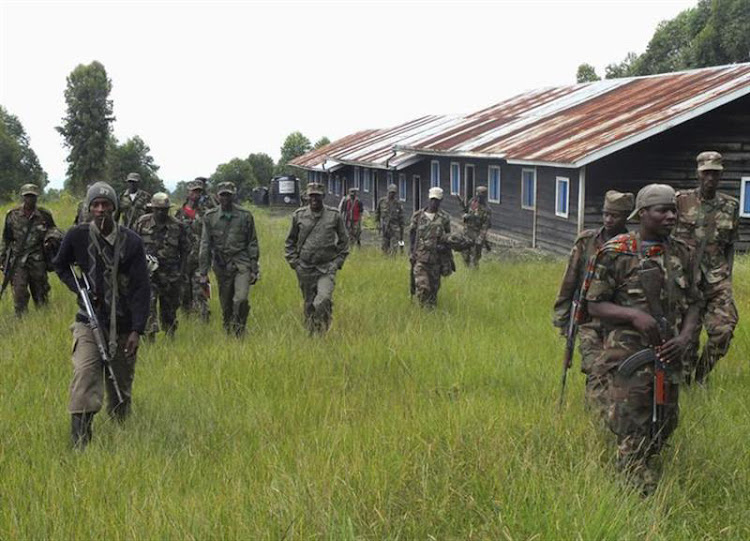 M23 rebels near the town of Mutaho, in the eastern Democratic Republic of Congo.
Image: Reuters\File

Rwanda denied on Tuesday accusations its army supports rebels that clashed with the Democratic Republic of Congo's army on Monday, saying it was not involved in any “belligerent activities” in its vast neighbour.

Heavy fighting erupted in eastern Congo early on Monday and went on through the day when fighters from the M23 rebel group attacked army positions near the border with Uganda and Rwanda.

Congo said the M23 were backed by Rwandan soldiers, two of whom it said it had captured.

Those allegations were rejected by Francois Habitegeko, governor of Rwanda's Western province, in a statement released on Tuesday.

“This is an attempt to manipulate opinion by presenting two individuals arrested under obscure circumstances more than a month ago, as elements captured in the fighting on 28 March,” he said.

The dispute has flared in the run-up to discussions between East African heads of state later on Tuesday that are expected to end with Congo's admission into the East African Community common market, a six-member trading bloc that includes Rwanda.

“They are being taken to a reception centre in Kisoro from where they will be processed and taken to a refugee resettlement camp,” Nakasita said.

The M23 seized large swathes of territory during an insurrection in 2012 and 2013, before its fighters were chased out by Congolese and UN forces into Uganda and Rwanda.

There have been regional efforts in recent years to get the group to demobilise but its leaders have complained about the slow implementation of a peace accord and accused the Congolese army of waging war against it.

UN investigators have previously accused Rwanda and Uganda of supporting the group, which both countries have denied.

M23 rebels launched a similar attack in the same areas in November that was rebuffed by the Congolese army.

DRC thanks SA for M23 intervention

The Democratic Republic of Congo's President Joseph Kabila thanks South Africa for its role in defeating the M23 rebels in Goma, the department of ...
News
8 years ago

"The Goma situation is a mess" African leaders called on eastern rebels in Democratic Republic of Congo on Saturday to abandon their aim of toppling ...
News
9 years ago

300 inmates break out of DRC jail

At least 300 prisoners have broken out of a jail in the strife-torn North Kivu province of the Democratic Republic of Congo, provincial governor ...
News
9 years ago
Next Article