African students wonder what next after Ukraine war upends education

University 'bombed out and turned to rubble' 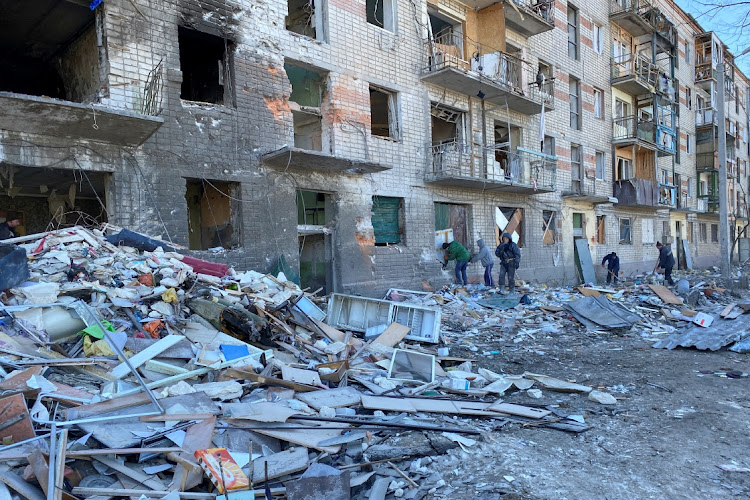 Nkateko Muyimane and six fellow African students hid in a subway while Russian shells pounded Kharkiv, before fleeing on a train to Budapest they very nearly failed to board.

Now their main concern is how to salvage the degrees they sacrificed so much to start.

South African Muyimane, 24, and classmate Mandisa Malindisa, 25, were both studying medicine, with a year to go before graduating. Now, they say, there is no university left.

“It's been bombed out and turned to rubble,” Muyimane said at his brother's apartment in a northern Johannesburg suburb. “Even if we do continue online, medicine is practical: you need to be physically there with the patient.”

They are among tens of thousands of African students whose studies were upended by Russia's war on its neighbour, many of whom were drawn to Ukraine's world-class educational facilities available at a fraction of the cost of Western universities.

Ukraine's history of attracting Africans to its academies dates back to the Cold War, when Soviet states wooed students from newly independent African nations with the promise of a subsidised education.

The war in Ukraine has killed 121 children so far, the office of the prosecutor general said on Wednesday in a message on the Telegram app, adding ...
News
3 months ago

In basement shelters and makeshift clinics, Ukrainian doctors are striving to keep treatment for HIV-positive people on track as Russia's invasion ...
News
3 months ago

Like many parents, Malindisa's mother, a nurse, and father, a civil engineer, tightened their belts, saved and borrowed to put her through Ukraine's Kharkiv National Medical University.

“It was a big sacrifice for the school fees and the apartment she was renting,” her mother Zandile said.

Malindisa's anxiety about losing her qualification, after all her parents had invested, had kept her in Ukraine, but as war approached, she decided to fly out rather than risk staying.

Her mother booked her three tickets; all got cancelled. She, Muyimane and the five other African classmates endured days of bombardments before fleeing to Pivdennyi Vokzal station. There, they said, they had to fight to get on a train, including against a passenger who bit one of them to try to prevent her boarding.

Compared with that horror, finding her a new school seems less daunting.

“I haven't lost hope,” Zandile said. “Something will come up for her.”

Malindisa worries that she has no certificate to show prospective universities what she has accomplished — getting her transcripts from what is now a war zone isn't going to be easy.

Her fears are shared by many students who returned from Ukraine in recent weeks.

Muyimane's mother is a doctor, and she was proud to have a son follow in her footsteps, he said, adding: “I must make a plan: medicine is my dream.”

At her house in Ghana's capital on March 5, 23-year-old medical student Maame Akousa Addo stood over two small duffel bags containing the few things she'd managed to bring back with her to Accra and wondered whether she would be able to go back after the war.

“We're just waiting to hear from our schools,” she said. “To see if they will establish a sort of online option.”

For Nigerian student Joshua Adebowale, 32, the hope is that things will calm down soon so he can return to Kyiv Medical University, which his parents and brothers were paying for. “Otherwise these will be wasted years and money,” he said.

But for compatriot Jasper Ahamefula, 19, who had just started a business studies course, a degree no longer seems an option. He plans to try to start a business — tailoring perhaps — without a qualification.

“It doesn't matter,” he said. “My parents, yes it's a lost investment, but they care that I'm alive. That's great, I guess.”

In basement shelters and makeshift clinics, Ukrainian doctors are striving to keep treatment for HIV-positive people on track as Russia's invasion ...
News
3 months ago

One of Russian President Vladimir Putin's closest allies warned the US on Wednesday that the world could spiral towards a nuclear dystopia if ...
News
3 months ago
Next Article