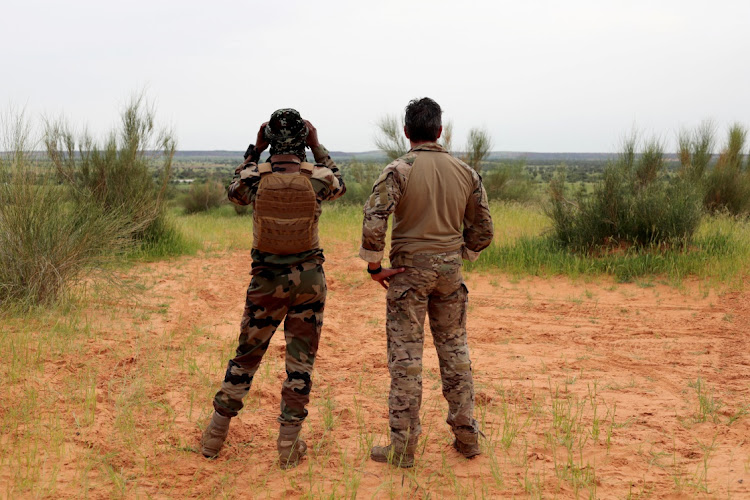 A soldier from the new Takuba force stands with a Malian soldier during a patrol near Niger border in Dansongo Circle in Mali in this file photo.
Image: REUTERS/Paul Lorgerie/File Photo

Mali's transitional government on Sunday said it had not yet reached an agreement with West Africa's regional bloc on when to hold elections that would restore democracy after a military takeover.

The West African state was hit hard with sanctions in January after the military junta that first seized power in a 2020 coup proposed extending its rule until 2025.

The interim authorities held negotiations with an envoy from the Economic Community of West African States (ECOWAS) in Bamako on Friday and Saturday and proposed a shorter 24-month transition period, which was rejected, the government said in a statement.

"The government of Mali regrets the lack of compromise at this stage," it said, adding that it remained open to agreeing a solution.

There was no immediate comment from ECOWAS, whose leaders have said they will gradually ease the sanctions, which include border closures and restrictions on financial transactions, if an acceptable timetable for elections is proposed.

Soldiers in Mali have been responsible for killing at least 71 civilians since early December, a leading rights group said in a report on Tuesday.
News
4 months ago

Mali to investigate disappearance of Mauritanians on its soil

Mali said it would investigate the disappearance of several Mauritanians on its territory, which has caused a diplomatic row between the two West ...
News
5 months ago
Next Article