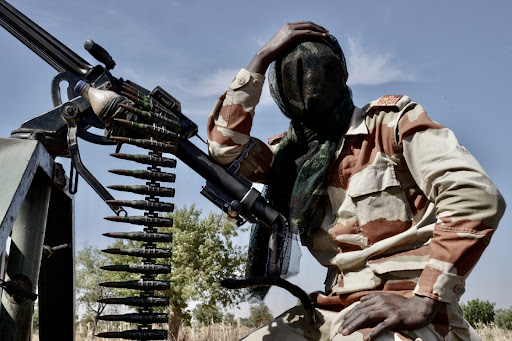 Gunmen in Nigeria have killed 11 security agents and several villagers after attacking remote villages in the north-central state of Niger, its governor Alhaji Bello said on Monday.

Gangs have been terrorising areas of northern Nigeria in recent years, forcing thousands to flee and perpetrating mass kidnappings for ransom.

Bello said the latest incident, which he blamed on “terrorists”, had happened on Sunday afternoon in the Shiroro local government area.

Local officials said last year that suspected Boko Haram militants were now present in Shiroro. The Islamist group has been engaged in an insurgency in Nigeria's northeast for more than a decade.

“Terrorists, numbering over 100 are said to have invaded the community in broad daylight, killing about 11 Joint Security Taskforce members, several villagers and leaving many injured,” Bello said, adding that scores of gunmen were killed during a gunfight with security forces.

Dahiur Muhammed, a resident of Galadiman Kogo village in Shiroro, told Reuters via phone that at least 30 villagers were killed and dozens more abducted after gunmen on motorbikes attacked three villages and set houses on fire.

Several people were fleeing to Niger state capital Minna where there is better security, he said. Niger shares a boundary with the capital Abuja.

President Muhammadu Buhari said earlier this month that the military had begun a major operation in Niger state against bandits and Boko Haram insurgents running from a government offensive in the northeast.

Growing violence and insecurity in Africa's most populous nation has stretched Nigerian security forces, who are often targeted by militants and armed gangs.

The lawyer of an outlawed Nigerian separatist leader, whose trial is due to resume on Tuesday, accused authorities of extending his client's time in ...
News
5 months ago

About 200 killed in attacks by bandits in Nigeria, say residents

An estimated 200 people or more have been killed in villages in the northwestern Nigerian state of Zamfara during deadly reprisal attacks by armed ...
News
5 months ago

At least 30 passengers on a bus in Nigeria's Sokoto state were burnt to death when gunmen torched it on Tuesday, police and residents said.
News
6 months ago
Next Article