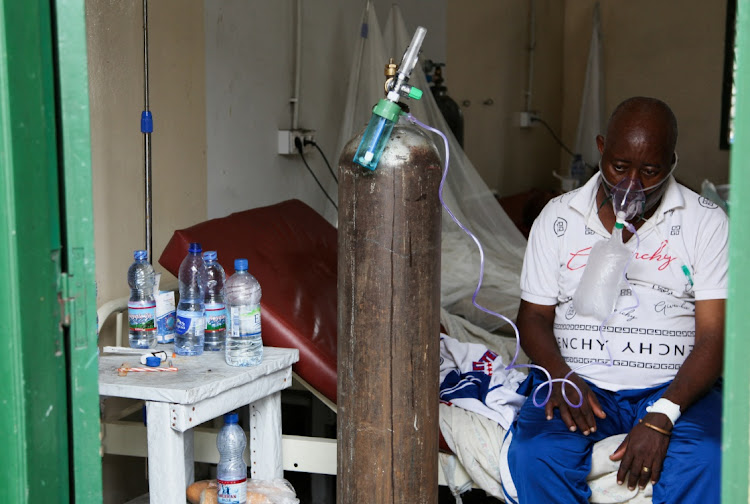 At the St Joseph COVID Treatment Centre in Kinshasa, patients lie in ramshackle rooms breathing oxygen from old tanks. The clinic has 38 beds, and all but one are occupied.

In a backyard littered with medical equipment, tents are needed to cope with the overflow.

Democratic Republic of Congo is the least vaccinated country against COVID-19 in the world. Now a fourth wave of the coronavirus threatens to put greater pressure on its rickety health system than at any time during the pandemic.

"We have experienced the three previous waves gradually, but in the fourth wave cases have jumped overnight," said Francois Kajingulu, the head of St Joseph. "On Monday we had 5-6 cases and on Saturday we went straight from 30 to 36."

The increase is part of an Africa-wide surge that saw weekly COVID cases spike 83% in mid-December, driven by the Delta and Omicron variants, although deaths remain low, the WHO said.

Kenya will offer COVID-19 booster shots to individuals six months after their initial shots, the health ministry said in a document published on ...
News
1 month ago

The official infection tally in Congo, which has a young population and where few people get tested, is still low compared to many countries. But the low level of inoculations worries health officials who say that unvaccinated populations increase the risk of new variants emerging.

Fewer than 300,000 people out of a population of 90 million have received at least one dose, Reuters data indicates, lower than anywhere else. Hostile terrain, remote populations, insecurity and lack of funds have all hobbled vaccine rollouts.

The recent surge in cases has pushed authorities to ramp up inoculations, and the weekly vaccination rate is at its highest yet.

A tented 'Vaccinodrome' has been erected in Kinshasa, whose province has accounted for the vast majority of Congo's 67,000-plus cases.

Health workers at the centre are vaccinating around 200 people per day, but that is still below its 300 capacity, said coordinator Jean-Claude Masumu.

Kinshasa resident Popol Kabasale said the latest wave of infections had persuaded him to come to the centre for a shot.

"Before we were in the dark," he said after receiving a dose. "COVID really exists and to protect myself I've come to get the vaccine."