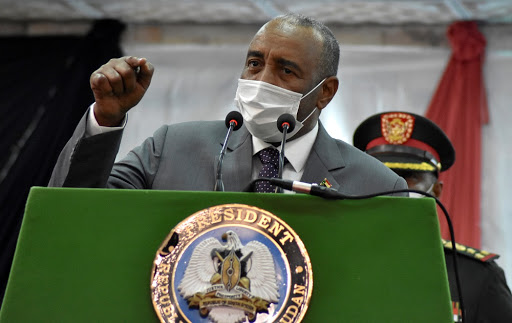 Sudan's military coup leader, facing pressure at home and abroad to restore power to civilians, said a technocratic prime minister could be announced in a week, and he is still trying to persuade the man he ousted to return and form a new government.

Western countries have cut off hundreds of millions of dollars in desperately needed aid to Sudan since General Abdel Fattah al-Burhan dissolved a power-sharing government led by Prime Minister Abdalla Hamdok on Monday.

The power-sharing government was meant to steer Sudan to elections in 2023 after long-serving ruler Omar al-Bashir was toppled two years ago.

Opponents of this week's coup have called for mass demonstrations on Saturday. At least 11 protesters have been killed in clashes with security forces so far this week.

The United States and United Nations dialled up the pressure on Burhan on Thursday, when the Security Council called for the restoration of the civilian-led government and President Joe Biden said his nation like others stood with the demonstrators.

In comments to the Russian news agency Sputnik published on Friday, Burhan said the new government would be led by a technocrat. "We will not interfere in the choice of the ministers," he said.

The cabinet would be chosen the prime minister who would be "agreed upon by different sections of the Sudanese people", he said.

He also said new members would be appointed to the Sovereign Council, a civilian-military body which he dissolved along with the cabinet.

On Thursday night, Burhan left open the possibility of Hamdok becoming prime minister again, saying the army was negotiating with him to form the new government.

In a speech to groups who helped remove dictator Omar al-Bashir in 2019, he said consultations were underway to select the prime minister.

Hamdok, an economist and former senior U.N. official, was initially held at Burhan's residence when soldiers rounded up the government on Monday. He was allowed to return home under guard on Tuesday.

Hamdok's allies say he has refused requests by the coup leaders to cooperate, and has demanded civilian power-sharing be restored and arrested ministers freed.

The office of the U.N. representative to Sudan said on Thursday he had offered to facilitate a political settlement towards restoring the transition during a meeting Burhan.

State oil company workers and doctors in Sudan said on Wednesday they were joining protests against the military coup that has derailed the country's ...
News
6 months ago

With authorities restricting internet and phone signals, protesters have been handing out fliers calling for a "march of millions" on Saturday under the slogan "Leave!".

Security forces fired at protesters on Thursday night in Bahri, across the river from the capital Khartoum, using live and rubber bullets, witnesses said. A doctors committee said one person was killed in those clashes while two others were wounded and in critical condition.

Burhan's move reasserted the army's dominant role in Sudan since independence in 1956, after weeks of friction between the military and civilians over issues including whether to hand Bashir and others to The Hague to face charges of war crimes.

Burhan, who had been due to hand leadership of the power-sharing Sovereign Council to a civilian soon, has said he acted to prevent civil war, and has promised elections in July 2023.

The coup has led donors to freeze assistance badly needed in a country where more than half the population is in poverty and hardship has fuelled instability and civil wars. After decades of pariah status under Bashir, Sudan had finally won Western aid, which has only recently begun to stabilise its economy.

The United States has frozen $700 million in assistance, and the World Bank, which granted Sudan access to $2 billion in financing in March, has halted its disbursements.

The IMF, which approved $2.5 billion in funding for Sudan in June, said on Thursday it was premature to comment on the implications of the takeover.

Sudan decided to halt the entry of vessels carrying fuel into its territorial waters to avoid incurring fines due to delays in offloading, Asharq TV ...
News
6 months ago

The SA National Defence Force will on Monday hold a military procession ceremony for Private Fhatuwani Calvin Vhengani, 53.
News
6 months ago
Next Article