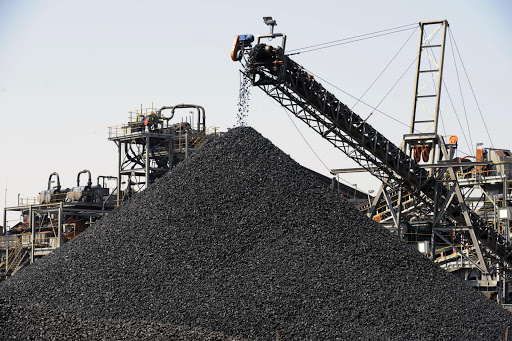 Zimbabwe has allowed the export of 200,000 tonnes of excess power coal because of limited intake at its biggest coal-fired power plant, which is beset by frequent breakdowns, the coal producers association said on Friday.

The southern African nation's six coal miners have a standing arrangement to supply 300,000 tonnes of coal to Hwange Power Station every month but constant breakdowns of ageing equipment mean the plant is taking in less coal.

"The power coal stockpile has been growing hence we requested to be allowed to export some of it and this was granted," Linos Masimura, chairman of the Zimbabwe Coal Producers Association, told Reuters.

Masimura said the coal would be exported to other countries in southern Africa but producers could look beyond the region if port facilities were available.

Zimbabwe does not usually allow the export of power coal to ensure adequate domestic supply.

The Hwange plant has a design capacity of 920 megawatts but was producing 410 MW on Friday. The power station is being expanded by China's Sino Hydro to add another 600 MW capacity.

The country has instituted frequent power cuts, known locally as load shedding, due to electricity shortages.

With average demand of 1,735 MW, local power generation stood at 1,277 MW, according to the state power company.

Reserve Bank of Zimbabwe has black market traders in its crosshairs

The Reserve Bank of Zimbabwe has set its sights on parallel-currency market traders, in a move it hopes will stabilise exchange rates in the economy.
News
3 months ago

SA accounted for nearly half of Zimbabwe's imports last year

Zimbabwe last year imported goods worth ZW$324.6bn (about R12.8bn) from SA, making up 47.1% of the country’s imports.
News
4 months ago
Next Article