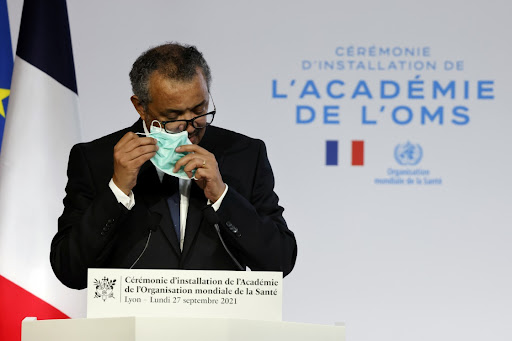 Alleged victims "were not provided with the necessary support and assistance required for such degrading experiences", the report said.
Image: Ludovic Marin/Pool via REUTERS

The World Health Organisation's regional director for Africa said on Tuesday that the agency was "heartbroken" by the findings of an independent commission on sex abuse in the Democratic Republic of Congo.

"We in the WHO are indeed humbled, horrified and heartbroken by the findings of this inquiry," Matshidiso Moeti said at a news briefing.

WHO director-general Tedros Adhanom Ghebreyesus said the commission's report made for "harrowing reading".

More than 80 aid workers including some employed by the World Health Organisation (WHO) were involved in sexual abuse and exploitation during an ...
News
2 months ago

The commission found that some 21 of 83 alleged perpetrators were employed by the WHO, and that the abuses, which included nine allegations of rape, were committed by both national and international staff.

Alleged victims "were not provided with the necessary support and assistance required for such degrading experiences", the report said.

In an investigation published last year by the Thomson Reuters Foundation and The New Humanitarian, more than 50 women accused aid workers from the WHO and leading charities of demanding sex in exchange for jobs during the 2018-2020 Ebola crisis.

In June last year Congo's government announced the end of the two-year outbreak that killed more than 2,200 people - the second-largest Ebola outbreak since the virus was identified in 1976.