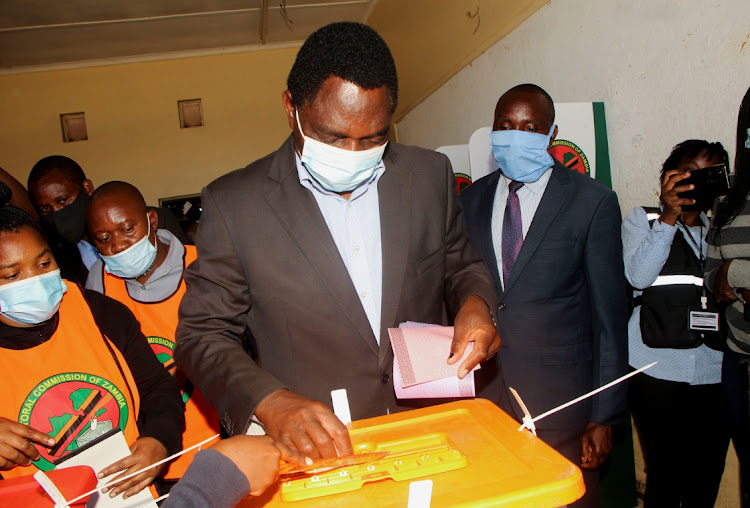 Zambia's opposition leader Hakainde Hichilema took an early lead in the country's presidential election over incumbent Edgar Lungu, according to the first results from the electoral commission early on Saturday.

Hichilema tallied 171,604 votes versus the 110,178 garnered by Lungu in the results for 15 of the southern African nation's 156 constituencies.

Those 15 constituencies include perceived Lungu strongholds, suggesting that Hichilema has gained ground since the last elections in 2016, when he lost by a slim margin in contested elections marred by allegations of rigging by Lungu.

A total of 296,210 votes were cast in those constituencies, representing a 71.75% turnout rate, chief electoral officer Patrick Nshindano told a media briefing in the capital Lusaka.

The first results, initially expected on Friday, were delayed after counting went on overnight due to the huge voter turnout and because political parties objected to the electoral commission’s initial figures in one constituency, which differed with those from monitors on the ground.

The Electoral Commission of Zambia allowed the last polling station to remain open until 5 a.m. (0300 GMT) on Friday to give people who queued for hours an opportunity to cast their ballots amid restrictions on internet access and violence in three regions.

Zambians kept voting at jammed polling stations after polls closed on Thursday, pointing to a high turnout in a showdown between President Edgar ...
News
9 months ago

A Zambian court on Friday jailed a former cabinet minister for two years in a corruption case that had prompted some Western donors to freeze aid to ...
News
11 months ago