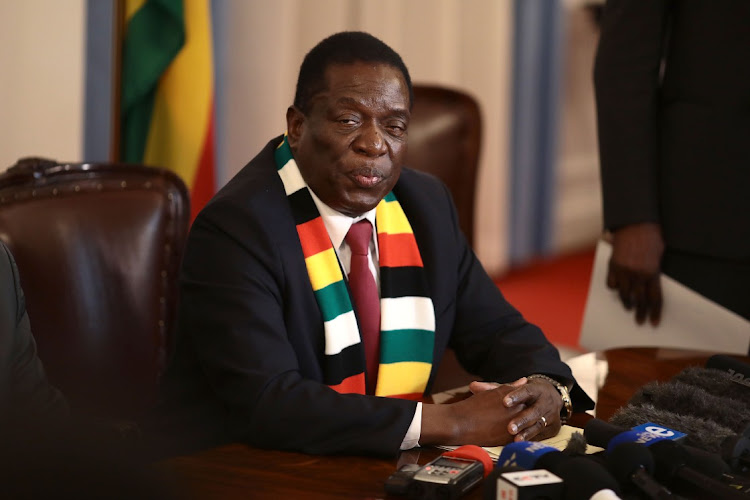 Nineteen opposition political party leaders who challenged President Emmerson Mnangagwa in the July 2018 elections have been gifted with Isuzu bakkies that they can keep permanently if they toe the line.
Image: GETTY IMAGES

In Zimbabwe, there’s a reward for being an opposition political party leader — provided you wine and dine with President Emmerson Mnangagwa.

This became evident as 19 opposition leaders, who challenged him in 2018 elections on Friday, received Isuzu D Max vehicles for use in “implementing national programmes”.

After his controversial victory, Mnangagwa put together the Political Actors Dialogue (Polad), set up to discuss ways to take the country forward and create unity. Polad members demanded perks such as diplomatic passports, farms, allowances and cars. Some observers believed this was their reward for helping the Mnangagwa regime with good publicity.

In making good on one of his promises, Mnangagwa said the cars would become their personal property after three years. But in the meantime, the recipients must toe the line.

The UK has effected an asset freeze and imposed sanctions against Kudakwashe Regimond Tagwirei, wealthy adviser to Zimbabwe's President Emmerson ...
News
3 months ago

“After three years we will then review (terms and conditions) and make sure they (cars) can belong to you,” Mnangagwa said at the handover ceremony.

One of the recipients, Prof Lovemore Madhuku, defended accepting his gift.

At the ceremony, Mnangagwa revealed he had given Douglas Mwonzora of the MDC-T the position of leader of the opposition in parliament.

“I met MDC-T leader Mr Douglas Mwonzora. I was informed by the speaker of parliament that he is now the official leader of the opposition in parliament,” he said.

Mwonzora, a comrade turned foe of MDC Alliance leader Nelson Chamisa, has been widely accused of being a Zanu-PF auxiliary. And if he plays his cards right, he too can get a brand-new car.

“I said to him he’s free to join Polad,” Mnangagwa said.

However, back home the view of the Polad grouping is low. A survey by the Mass Public Opinion Institute and Afrobarometer says 73% of Zimbabweans don’t trust the initiative.

“Most Zimbabweans think that the national dialogue process should go beyond political parties and include participation by other stakeholders, including businesses, churches and civil society. But only about one in four citizens endorse the Polad framework as the only viable option for bringing stability and development to Zimbabwe, while almost half of citizens do not offer an opinion on the Polad framework,” the report says.

Zimbabwe has authorised the emergency use of Johnson & Johnson's Covid-19 vaccine, the first Western-made shot to be approved by the southern African ...
News
3 months ago

Zimbabwe has ordered all government workers to get vaccinated against Covid-19 or risk not being covered by insurance if they are infected and become ...
News
3 months ago

Zimbabwe government moves to outlaw strikes by doctors and nurses

The Zimbabwean government wants to outlaw industrial action by health workers through amendments to the Health Services Act.
News
3 months ago

Zimbabwe says the ANC has the capacity to deal with SA’s current turmoil and that for now there’s no need for Sadc intervention.
News
3 months ago
Next Article