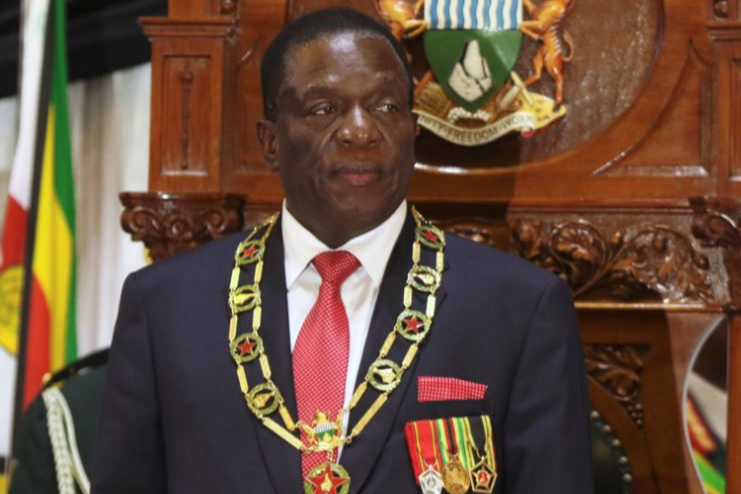 A year after the US imposed targeted sanctions against Zimbabwean President Emmerson Mnangagwa’s wealthy adviser, the UK has followed suit.

The UK has effected an asset freeze and imposed sanctions against Kudakwashe Tagwirei that block him from travelling to the UK.

In a statement, the foreign office said it had targeted Tagwirei for his alleged role in the devaluation of the Zimbabwe dollar, resulting in the majority of Zimbabweans failing to access basic commodities such as food at affordable prices.

“Kudakwashe Regimond Tagwirei [sanctioned] for profiting from misappropriation of property when his company, Sakunda Holdings, redeemed government of Zimbabwe treasury bills at up to 10 times their official value. His actions accelerated the devaluation of Zimbabwe’s currency, increasing the price of essentials, such as food, for Zimbabwean citizens,” read the statement.

The embargo comes into effect a week after a close confidante of Tagwirei, deputy minister Tinotenda Machakaire, was linked to the purchase of a brand new Rolls-Royce Phantom from GVE London, a leading UK supplier of luxury vehicles.

According to the UN fact sheet, about 7.9-million Zimbabweans are poor and survive on less than US$1.90 (R28) per day, while the ruling elite have unlimited access to state-linked resources.

Earlier this month, a report released by The Sentry, a Washington DC-based investigative outfit, titled “Shadows and Shell Games: Uncovering an Offshore Business Empire in Zimbabwe”, revealed that Tagwirei had direct interests in Zimbabwe’s major industries than spanned agriculture, fuel, banking and mining through his proximity to power.

He is nicknamed the “Prime Minister of Zimbabwe” because of his close relationship with the president as his adviser and links to vice-president Constantino Chiwenga.

The UK on Monday announced sanctions against four Zimbabwean security chiefs for human rights abuses in a move that will restrict their travel and ...
News
11 months ago

Socialites laying low as Zimbabwe's government cracks down on big-spenders

" These guys are trying to get a foot in but it’s up to the president to show them he means business - no to corruption‚” added the Zanu PF official.
News
3 years ago

"Some of the refugees were former soldiers who opposed orders to beat up civilians."
News
11 months ago
Next Article