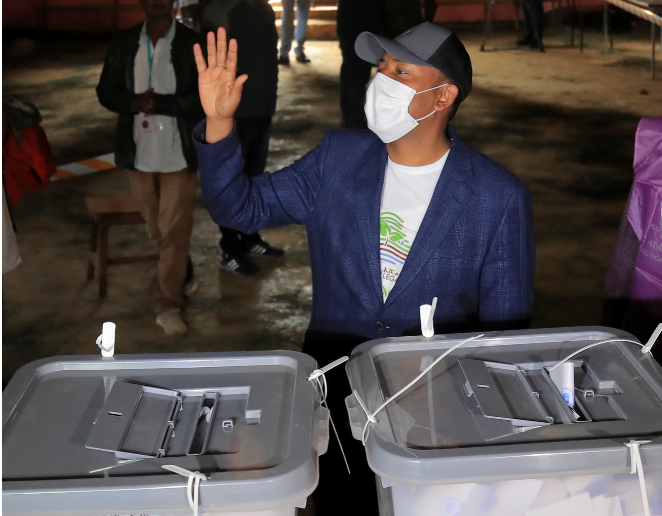 Prime Minister Abiy Ahmed's Prosperity Party won the most seats in Ethiopia's parliamentary election, the election board said on Saturday, a victory that assures him another term in office.

Abiy hailed the June 21 vote as the country's first free and fair election after decades of repressive rule. However, an opposition boycott, war in the northern region of Tigray, ethnic violence and logistical challenges in some areas overshadowed the election. Voting did not take place in three of Ethiopia's 10 regions.

The election was the first test of voter support for Abiy, who promised political and economic reforms when he was appointed prime minister by the governing coalition in 2018.

Within months of taking office, Abiy lifted a ban on opposition parties, released tens of thousands of political prisoners and took steps to open up one of Africa's last untapped markets.

Ethiopia's Tigray region wants a full withdrawal of troops from Eritrea and the neighbouring state of Amhara before it can engage in any talks with ...
News
3 months ago

He now faces international pressure over the war in Tigray and accusations from rights groups that his government is rolling back some new freedoms, which it denies.

Voting in the Harar and Somali regions was delayed until September over security concerns and problems with ballot papers.

No date has been set for voting in Tigray, where the military has been battling forces loyal to the Tigray People's Liberation Front (TPLF), the region's former ruling party, since November. The fighting has displaced 2 million people, and the United Nations has warned of famine conditions in parts of the region.

At the end of June, the TPLF seized control of most of Tigray and the regional capital Mekelle, eight months after the conflict erupted.

The government announced a unilateral ceasefire after days of TPLF advances. The TPLF has presented a list of seven demands that it says are a precondition for a ceasefire, including the withdrawal of the military and its allies from parts of Tigray currently administered by the neighbouring region of Amhara, which also claims the land.