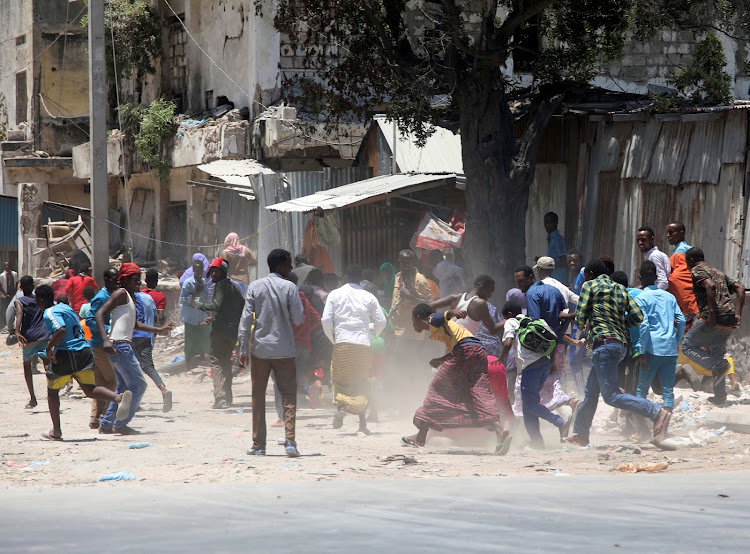 Civilians run from the scene of an explosion after al-Shabaab militia stormed a government building in Mogadishu, Somalia on March 23, 2019. There was no immediate claim of responsibility for Saturday's attack, but al-Shabaab, which wants to overthrow the government and impose its strict interpretation of Islamic sharia law, frequently carries out such bombings.
Image: REUTERS/Feisal Omar

There was no immediate claim of responsibility for the attack, but al-Shabaab, which wants to overthrow the government and impose its strict interpretation of Islamic sharia law, frequently carries out such bombings.

"I have seen eight dead bodies at the scene including a woman," Hassan Sayid Ali, a driver of a three-wheeled motorised vehicle taxi told Reuters at the scene of the blast at Banadir junction in Mogadishu.

Somalia's al Shabaab stormed a government building on Saturday, detonating a suicide car bomb in the heart of the capital Mogadishu with at least ...
News
2 years ago

More than 300 people were killed by twin bomb explosions in Mogadishu, an official said on Monday, as locals packed hospitals in search of friends ...
News
3 years ago

Twin bombings targeting a hotel near the Somali presidential palace in Mogadishu on Friday killed about 20 people, including at least two ...
News
6 years ago
Next Article