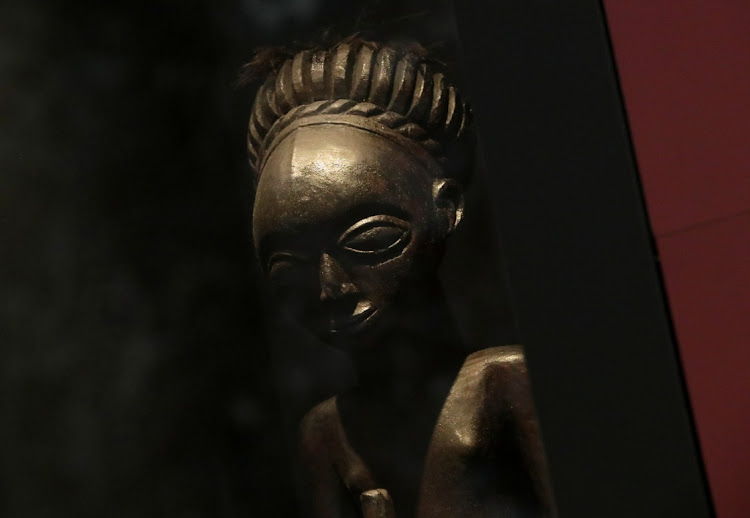 An ancestral statue known as Lusinga, dated to the 19th century, is pictured at the Royal Museum for Central Africa (RMCA) as the Belgian government has announced plans to return pieces of art looted from Congo during colonial rule, in Tervuren, Belgium July 6, 2021.
Image: REUTERS/Yves Herman

Belgium's Africa Museum, once a celebration of the country's colonial rule, will begin a multiyear process of returning stolen art to Democratic Republic of the Congo, the Belgian government said on Tuesday.

From the late 19th century to 1960, thousands of art works including wooden statues, elephant ivory masks, manuscripts and musical instruments were likely taken by Belgian and other European collectors, scientists, explorers and soldiers.

Following a 66-million-euro ($78 million) overhaul of the Africa Museum to take a more critical view of Belgium's colonial past, the government is ready to meet DRC calls for restitution.

“The approach is very simple: everything that was acquired through illegitimate means, through theft, through violence, through pillaging, must be given back,” Belgian junior minister Thomas Dermine told Reuters. “It doesn't belong to us.”

Millions of Congolese are estimated to have died from the late 19th century when Congo was first a personal fiefdom of King Leopold II, before becoming a colony of the Belgian state. 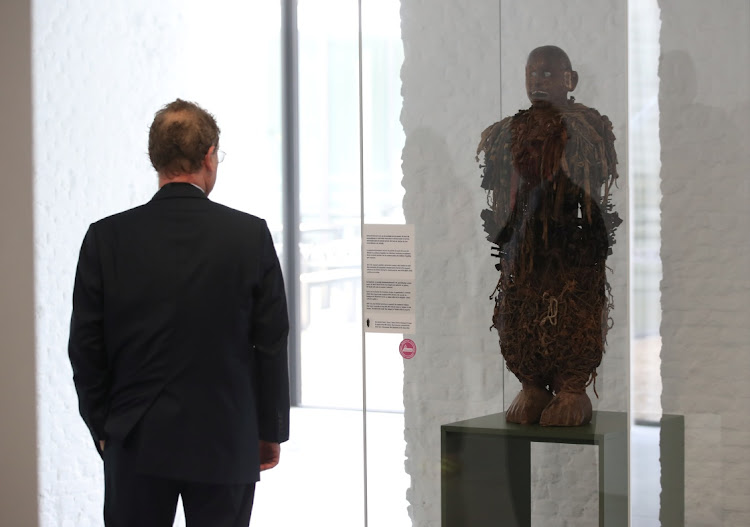 Director General of the Royal Museum for Central Africa (RMCA), Guido Gryseels, looks at a statue, dated to the 19th century, as Belgian government has announced plans to return pieces of art looted from Congo during colonial rule, in Tervuren, Belgium July 6, 2021.
Image: REUTERS/Yves Herman

Belgium will transfer legal ownership of the artefacts to DRC. But it will not immediately ship art works to the country from the museum in Tervuren, just outside Brussels, unless they are specifically requested by DRC authorities.

That is partly because the museum, which has proved popular since its renovation and attracted hundreds of thousands visitors before the COVID-19 pandemic, wants to keep artefacts on display. One option is to pay a loan fee to DRC.

Belgium says the Congolese authorities are conscious of the bigger audience in Belgium compared to DRC, which is one of the world's poorest countries, according to the United Nations. It has few cultural centres or storage facilities.

“The museum believes it will be able to co-operate with the Congolese authorities, as is common among international institutions, to keep the objects in Belgium via loan agreements,” said museum director Guido Gryseels.

The museum also has a huge number of artefacts whose provenance is unclear. It hopes to use a team of scientists and experts over the next five years to identify them and to separate those that were acquired legally by the museum.

“In five years with a lot of resources we can do a lot, but it could be work for the next 10 to 20 years to be absolutely sure of all the objects we have, that we know the precise circumstances in which they were acquired,” Gryseels said.

Placide Mumbembele Sanger, a professor of anthropology at the University of Kinshasa who is working at the museum in Tervuren, said the process was a simple one.

“These are objects going back to their natural context so I don't see why we should ask so many questions,” he said. “It's as if you go out and someone steals your wallet and the person asks you whether you are ready to have it back.”