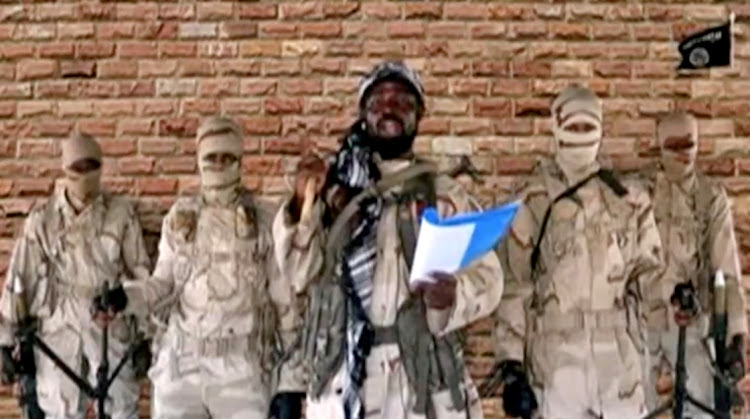 A senior cleric with Nigerian Islamist group Boko Haram confirmed the death of its leader and urged fighters to stay loyal in its fight against rival Islamic State militants, according to a video seen by Reuters on Friday.

Bakura Sahalaba, a cleric with the Lake Chad branch of Boko Haram, urged its men to fight on in the video, which appeared on social media after the rival Islamic State West Africa Province (ISWAP) said Boko Haram leader Abubakar Shekau had died.

ISWAP had said Shekau, one of the world's most notorious extremists, had died around May 18 after fleeing a battle with ISWAP and detonating an explosive device before he could be captured.

The regional affiliate of Islamic State, ISWAP has sought to absorb Shekau's fighters and unify the groups which during Shekau's tenure fought one another for control of territory in northeast Nigeria and around Lake Chad.

The kidnap of 344 schoolboys in northwest Nigeria had the appearance of an Islamist militant attack.
News
1 year ago

"The Lake Chad branch of (Boko Haram) is clearly willing to keep fighting ISWAP until it can speak directly with (Islamic State) on next steps," said Jacob Zenn, editor of The Jamestown Foundation's Terrorism Monitor publication.

The two groups have waged a bloody conflict in Nigeria's northeast since their split in 2016, sparked in part by ideological disagreements over Shekau's wanton killing of Muslim civilians.

Vincent Foucher, a Boko Haram researcher at the French National Centre for Scientific Research, said the cleric's comment that his group believes in Islamic State is a sign that Boko Haram may be seeking a form of arbitration with them.

Nigerian security forces could also exploit a rift between the two insurgencies.

"That's an opening for security forces to step up attacks now that they're fighting each other… and also perhaps an opportunity to divide the ranks, to say, 'Those of you who want to defect, defect and come to us'," said Bulama Bukarti, a senior analyst with the Tony Blair Institute for Global Change.

A man identifying himself as the leader of Nigeria's Boko Haram said on Tuesday the Islamist group was behind the abduction of more than 300 ...
News
1 year ago

Islamist insurgency Boko Haram has claimed responsibility for the attack on Nigeria's northeastern city of Maiduguri on Wednesday night that killed ...
News
5 years ago
Next Article