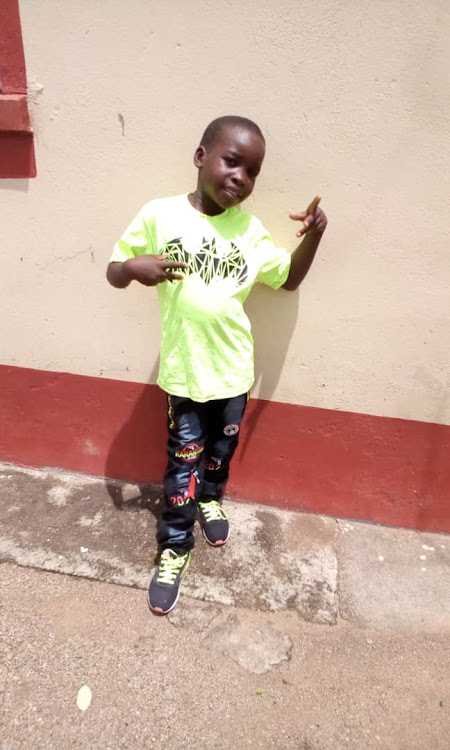 Rodwell Nkomazana, nine, was mauled by a hyena while sleeping at an all-night church service in Zimbabwe.
Image: Supplied

One eye lost, destruction of his nose and the loss of an entire lip. These are some of the harrowing injuries suffered by a nine-year-old boy in Zimbabwe after he was mauled by a hyena last month.

Rodwell Nkomazana was attacked and mauled by the hyena while sleeping at an all-night church gathering outside Harare.

After hearing about his story, nursing sister Maqshuda Kajee and other healthcare workers started raising funds for an escorted medical evacuation team for the child to travel to South Africa for medical reconstruction surgery.

Kajee told TimesLIVE a specialist medical team has pledged to do the surgery pro-bono, and the only stumbling block is covering the transport costs to bring him to the country to treat his injuries.

The surgery is expected to be done at Sandton Mediclinic by a team led by renowned plastic and reconstructive surgeon Dr Ridwan Mia.

She said the medical team in Zimbabwe did a sterling job to stabilise and care for the nine-year-old who suffered serious injuries.

“Due to limited resources in Zimbabwe, we are working with his mother, Shamiso Mabika, to transfer Rodwell to Johannesburg, to help him receive the treatment and reconstruction surgery he needs,” Kajee said.

Sister Chaku Nyamupaguma, who is providing wound care to the boy in Zimbabwe, and sister Liz Willson-Chandler in Pretoria, shared the story with Kajee, who shared it with Dr Sayuren Moonsamy, MealSA, The Dandelion Philosophy and other concerned healthcare workers and individuals who have been instrumental in campaigning for the boy’s cause and raising funds for his treatment.

According to Kajee, the boy’s treatment costs are estimated at more than R1m. This includes initial surgery and post-operative treatment and aftercare at a private clinic. She said private clinics can only start treatment once adequate funds have been raised.

“Our humble appeal to the concerned people of SA, corporates, colleagues, family, and friends is to raise awareness and to assist by contributing to helping this brave young man to face the world again,” Kajee said.

By Sunday evening, about R3,452 of the targeted R1m had been raised.

“The boy is in dire need. I’m pleading with everyone to contribute whatever amount they have so we can give this young man a fighting chance,” Kajee said.

Moonsamy will be part of the team fetching Nkomazana from Zimbabwe if they manage to secure enough funds. He also thanked the medical team in Zimbabwe who provided care to the boy.

Moonsamy told TimesLIVE that after seeing the extent of the injuries the boy suffered, it was not a difficult decision for him to offer his services for free.

“I saw how dire his situation is. Seeing pictures of his injuries was such a harrowing experience. Seeing him there in pain, and seeing his face bitten like that, made my heart cry. I kept  asking myself what went through his mind during the attack,” Moonsamy said.

He told TimesLIVE he has a special interest in paediatric treatment especially because children don’t ask to be in the medical situations in which they find themselves, so if there’s an opportunity to assist, he jumps in without thinking twice.

Doctors who have offered their services for free:

A 79-year-old man was seriously injured after being attacked by two pitbulls and a boerboel in Verulam, north of Durban, on Monday.
News
11 months ago

The family of a five-year-old boy who was mauled by a vicious pit bull has been left disappointed after the man who unleashed the dog on the boy got ...
News
1 year ago