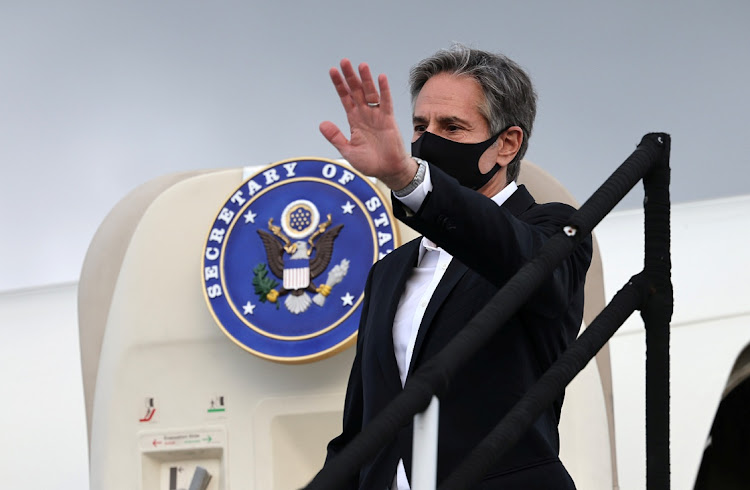 U.S. Secretary of State Antony Blinken did not say which individuals might be affected by the visa restrictions.
Image: REUTERS/Evelyn Hockstein/Pool

The United States stepped up pressure for a peaceful resolution to Cameroon's conflict between state forces and English-speaking rebels on Monday, imposing visa restrictions on individuals believed to be undermining efforts to end the crisis.

Cameroon's two western Anglophone regions have been gripped by fighting since 2017 as the rebels try to break away from the predominantly Francophone government. More than 3,500 people have died and 700,000 have been displaced in the violence.

Announcing the visa sanctions, Secretary of State Antony Blinken said the United States was deeply concerned by the continued insecurity and called for both sides to negotiate for peace.

"This decision reflects our commitment to advance a dialogue to peacefully resolve the Anglophone crisis and support respect for human rights," he said in a statement.

He did not say which individuals might be affected by the visa restrictions.

Rights groups accuse both sides of committing atrocities. While the government typically dismisses these accusations, it has, in a few cases, subsequently arrested soldiers and accused them of being involved in killings and torture.

Somali cattle herder Omar Hussein isn't joining the global scramble for a COVID-19 vaccine - he's not sure the jab will even reach his besieged town ...
News
4 months ago

More than 200,000 people have fled fighting in the Central African Republic (CAR) since violence erupted over a December election result, the UN ...
News
4 months ago

Cameroonian soldiers opened fire on villagers during a weekend raid, killing up to nine people, including civilians, and injuring others, witnesses, ...
News
5 months ago
Next Article