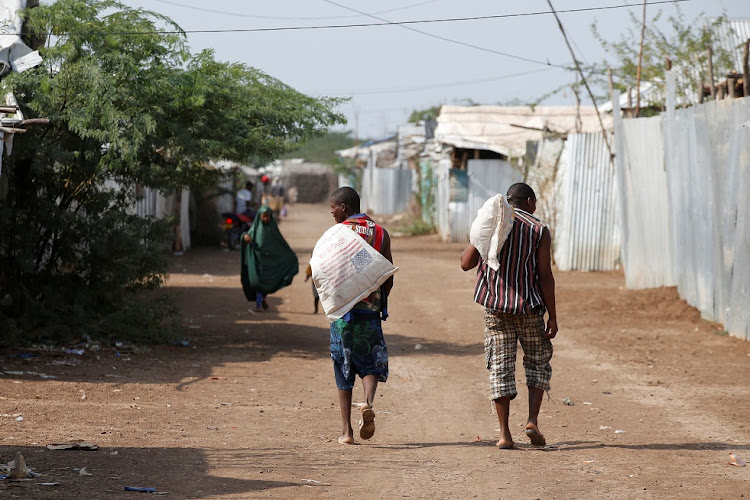 Kenya said on Thursday it had told the UN that by June 2022 it will shut two camps holding more than 430,000 refugees who fled from wars in the east and the Horn of Africa, adding it planned to repatriate some and give others residency.

The interior ministry made the announcement on Twitter about five weeks after ordering the closure of the Dadaab and Kakuma refugee camps and giving the UN two weeks to present a plan to carry this out.

Kenya’s President Uhuru Kenyatta and UN refugee agency (UNHCR) chief Filippo Grandi met on Thursday in Nairobi, and a joint team will be formed to finalise and implement a road map towards the closure of the camps, the UN and Kenyan government said in a joint statement on Thursday.

Kenya and the UNHCR “agree that refugee camps are not a long-term solution to forced displacement” and are committed to working together to find alternative solutions in line with the Global Compact on Refugees, the statement read.

One of the two refugee camps in northern Kenya, Dadaab, close to the sensitive border with war-racked Somalia, was set up in 1991. In 2011, amid famine and chaos in Somalia, it was the world’s largest camp.

Thursday’s announcement appeared to be a decisive step by Kenya after years of discussions about closing Dadaab.

“Among the precursory activities in (the government’s) roadmap is repatriation of refugees to countries of origin and socio-economic integration of some through work/residence permits in Kenya,” the tweet read.

Legal challenges could follow. Earlier this month, a Kenyan court ruled against the closure of the camps.

Authorities in Nairobi first announced their intention to shut the Dadaab camp back in 2016, citing national security concerns over infiltration by militants from the Somalia-based Islamist group Al-Shabaab.

Relations between Kenya and Somalia have deteriorated badly in the past year since Mogadishu cut diplomatic ties with Nairobi, accusing it of interfering in its internal affairs.

Kenya contributes troops to the AU peacekeeping force deployed in Somalia to curb the al Qaeda-linked Al-Shabaab that seeks to topple the government. In a sign of the tense relationship, Somalia said in January it had lost confidence in Kenyan troops serving in the peacekeeping mission.

Residents of Somalia's capital flee amid splits within security forces

Residents of the Somali capital Mogadishu fled neighbourhoods on Tuesday fearing renewed clashes between rival factions in the security forces, who ...
News
8 months ago

Kenya has ordered an immediate halt to imports of COVID-19 vaccines by private companies, the health minister said on Friday, saying such shipments ...
News
9 months ago
Next Article