Blood type not a Covid-19 risk factor in US; inhaled asthma drug may keep mild illness from worsening 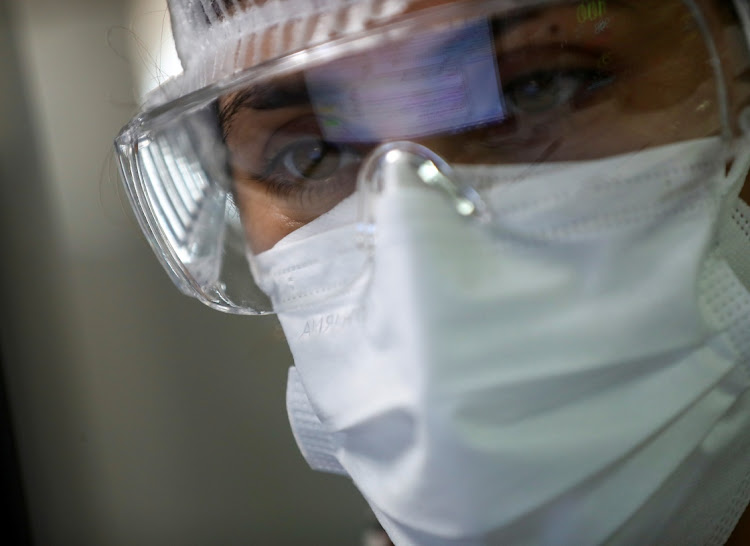 A healthcare worker looks at a computer monitor in an intensive care unit of a hospital prepared for patients suffering from the coronavirus disease (Covid-19), on the outskirts of Buenos Aires, Argentina April 16, 2021.
Image: REUTERS/Agustin Marcarian

The following is a roundup of some of the latest scientific studies on the novel coronavirus and efforts to find treatments and vaccines for Covid-19, the illness caused by the virus.

Blood type does not affect susceptibility to Covid-19 in US patients, a new study suggests. Researchers analysed data on nearly 108,000 people from Utah, Idaho, and Nevada who were tested for Covid-19 and whose blood type was listed in their medical records.

None of the blood types — A, B, AB or O — was linked with their risk of becoming infected, need for hospitalisation or intensive care, according to a report published in JAMA Network Open. Smaller studies from China, Italy and Spain have linked type A blood to higher COVID-19 risks and type O blood to lower risks, and a large study from Denmark tied blood type to Covid-19 severity.

Studies from New York and Boston — like this new study — found no such links. Study co-author Dr. Jeffrey Anderson of the Intermountain Healthcare Heart Institute in Salt Lake City said in a statement that the effects of blood type can vary across populations. “We looked at a lot of risk factors as to who might need to be hospitalised and who might need more advanced care, and... for our population at least, blood type is not on that list,” Anderson said.

An inhaled steroid commonly used to treat asthma can help keep patients with mild Covid-19 from getting sicker, according to results from a trial published in The Lancet Respiratory Medicine.

Ultimately, 15% of patients receiving usual care needed an urgent-care visit or hospitalisation, compared to only 3% of those treated with budesonide. Patients who got budesonide also had fewer days with fever, fewer days of taking medicines to prevent fever, and recovered on average one day faster.

“To our knowledge,” the researchers said, this is the first trial of inhaled corticosteroids in early Covid-19 illness, and it “potentially provides the first easily accessible effective intervention” for patients with mild symptoms. They said larger trials to confirm their findings are urgently needed, “especially in the setting of a treatment given early that is widely available and relatively safe.”

Prison warders at the West Bank correctional centre in East London have accused prison authorities of hiding a resurgence of Covid-19 at the facility ...
News
1 year ago

Compared to people infected with less contagious coronavirus variants, those infected with the variant identified in the UK, known as B.1.1.7, are more likely infect their household members, according to new data. During three weeks in February, researchers in Ontario, Canada, monitored people living with a Covid-19 patient in more than 2,500 roughly-comparable private households.

During the two weeks after patients were diagnosed, the so-called secondary attack rate — the rate at which infections occurred among household members — was 31% higher when the patient was infected with the B.1.1.7 virus variant than when Covid-19 was caused by a less worrisome variant.

When the original infected person never developed symptoms, the secondary attack rate was 91% higher with B.1.1.7, the researchers reported on medRxiv ahead of peer review. And when the original patient had no symptoms at first, and then became ill, the rate at which household members became infected was more than 200% higher when the patient carried the B.1.1.7 variant.

Since emerging in the UK, B.1.1.7 has spread to more than 100 other countries. It has now become the dominant coronavirus variant in the US, according to the US. Centers for Disease Control and Prevention.

A wearable “sweat sensor” might someday help monitor patients with Covid-19 and other illnesses for the onset of a cytokine storm, a surge of inflammatory proteins heralding a potentially fatal over-reaction of the immune system, researchers said. Cytokines are typically measured in blood. They can also be measured sweat, but only in “passive” sweat — not the kind produced during exertion.

“The big challenge is that we don't sweat much, especially in air-conditioned environments,” Shalini Prasad of the University of Texas at Dallas said in a statement. In the wristwatch-like device her team is developing, minuscule amounts of passive sweat diffuse onto a sensor strip attached to an electronic reader.

The reader detects any inflammatory proteins and wirelessly sends the data to a smartphone app. “Especially now in the context of Covid-19, if you could monitor pro-inflammatory cytokines and see them trending upwards, you could treat patients early, even before they develop symptoms,” said Prasad, who was presenting the work on Friday at a virtual meeting of the American Chemical Society.

The researchers plan to initially test the device in patients with non-Covid-19 respiratory infections, such as influenza.

The national department of health is urgently calling for the public to comment on draft regulations for the establishment of the no-fault ...
News
1 year ago

People set to get Pfizer jab in SA increased by five million: here's what you need to know

Health minister Zweli Mkhize said the number of people who will receive the Pfizer vaccine in SA increased from 10 million to 15 million.
S Mag
1 year ago

The national coronavirus command council has approved the recommendation to establish the no-fault compensation (NFC) fund to protect the rights of ...
News
1 year ago
Next Article