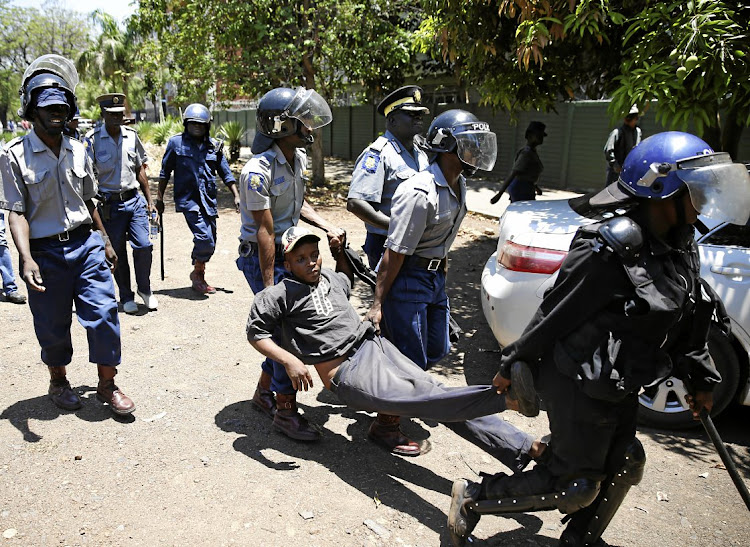 Zimbabwean police carry a protester during a march on government offices in Harare in 2019. The country's government has been criticised in a report by Amnesty International for its nationality laws which have seen thousands of its citizens rendered stateless. File photo.
Image: Philimon Bulawayo/Reuters

In a scathing report, global human rights organisation Amnesty International (AI) has revealed how hundreds of thousands of Zimbabwean citizens have been left stateless in their own country.

Titled “We Are Like 'Stray Animals'”, the report details how Zimbabwe’s nationality laws have left generations of migrant workers and their families marginalised.

Released on Friday, it also reveals that thousands of survivors of the Gukurahundi massacres, which occurred during the 1980s under the rule of former president Robert Mugabe, have been denied citizenship as they cannot provide the death certificates of relatives.

The certificates are required to prove Zimbabwean nationality.

The massacres occurred after Zimbabwe gained independence in 1980 and when violence erupted between the military wings of Mugabe’s Zanu-PF and Joshua Nkomo’s Zimbabwe African People’s Union (Zapu).

In the ensuing violence under Operation Gukurahundi, special forces members from the Zimbabwe National Army Fifth Brigade cracked down on Zapu’s military wing and political officials in Matabeleland.

The AI report said an estimated 20,000 Ndebele people were killed between 1983 and 1987, with thousands allegedly tortured and abducted, women raped and homes destroyed.

“Traumatised survivors had to grapple with the challenges of statelessness as they were required to produce death certificates as proof of their parents to apply for Zimbabwean nationality. However, death certificates for people killed in the Gukurahundi operation were not issued, meaning those who were orphaned as a result of the violence had no way of proving their parents’ nationality.”

In compiling its report, AI staff interviewed descendants of migrant workers who settled in Zimbabwe pre-independence and survivors of the Gukurahundi massacres.

Accessing education, health care and employment can be a nightmare, and the sense of exclusion and rejection is soul-destroying.

AI said both groups have been locked out of citizenship by a “cruel combination of discrimination and bureaucracy” which has left them trapped in the “misery of statelessness” and struggling to access education, housing and health care, with pregnant women allegedly excluded from critical life-saving services such as antenatal care and assistance during labour.

According to AI, those without identity documents are also excluded from participating in political activities and from running businesses.

“Accessing education, health care and employment can be a nightmare, and the sense of exclusion and rejection is soul-destroying.”

“The Zimbabwean authorities must take concrete action to address this crisis, including mapping and registering all stateless people. Authorities must ensure laws are in line with Zimbabwe’s own constitution, as well as international human rights law.” 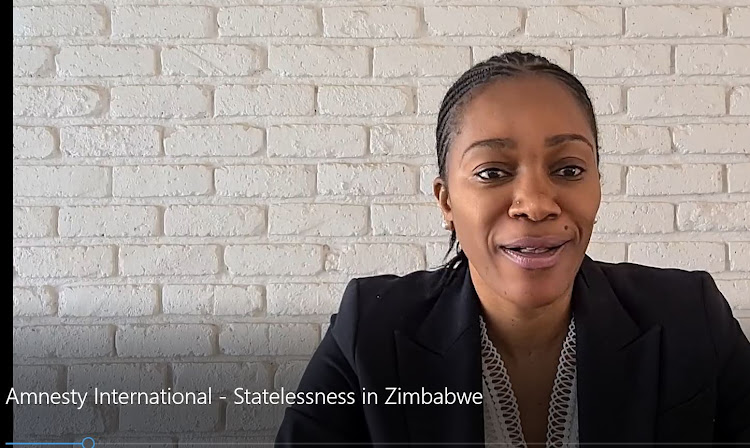 In its report, AI said according to the UN High Commissioner for Refugees, nearly 300,000 Zimbabweans are now at risk of statelessness.

The document reveals the current statelessness crisis in Zimbabwe is rooted in colonial history when the “British colonial government largely depended on cheap migrant labour from Malawi, Mozambique and Zambia to grow its industries”.

“After independence in 1980, Zimbabwean authorities passed a series of discriminatory laws which have, over the years, effectively excluded, marginalised and disenfranchised the descendants of these workers.

“The 1984 Citizenship of Zimbabwe Act was used to arbitrarily deprive persons of foreign origin of their right to a Zimbabwean nationality, even though most were entitled to citizenship under the constitution. Zimbabwe’s constitution states any resident who was born in Zimbabwe to parents with a claim to citizenship of any SADC state — including Malawi, Mozambique, Zambia and SA — is a Zimbabwean citizen by birth.

“The Citizenship Act is not yet aligned to the constitution and continues to be used by the ministry of home affairs to deny citizenship arbitrarily and unfairly to descendants of migrant workers. In so doing the act gives almost unfettered discretion and arbitrary powers to officials to deny people their constitutional rights,” reads the report. 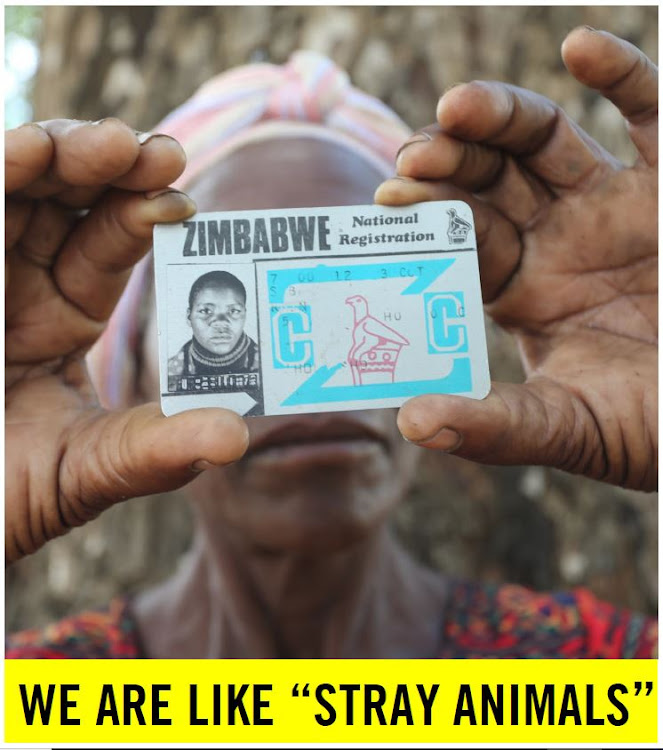 AI said in 2001 a new law required descendants of migrant workers to renounce their ancestral nationality within six months in order to be granted Zimbabwean citizenship.

“Many people were unable to do so because they did not hold the requisite identity documents. To be granted Zimbabwean citizenship, they first needed to prove their parents had been nationals of other countries.”

The report said the “legal limbo of statelessness” is perpetuated across generations.

“Without the necessary identity documents, many stateless children are unable to access education. Those who do attend school are often forced to drop out, or prevented from sitting their final exams.”

The report said Zimbabwe’s government is in violation of the UN International Covenant on Economic, Social and Cultural Rights and the African Charter on Human and Peoples’ Rights, of which it is a state party.

Mwananyanda said: “Zimbabwe must make concrete and urgent changes to the law to bring the Citizenship Act in line with the constitution. The authorities must take the necessary steps to ensure no further generations are condemned to the margins of society.

“The Zimbabwean authorities must publicly commit to creating an equal and inclusive society that accords citizenship to any person born on Zimbabwean soil, without discrimination based on national or ethnic origin.”

Zimbabwe's state-controlled iron and steel company ZISCO has invited new investors to help revive operations at the company that has been the target ...
News
1 year ago

Six Zimbabwean lawmakers, including ex-finance minister Tendai Biti, were expelled from parliament on Wednesday after being recalled by a faction of ...
News
1 year ago

The US is “closely” following events in Zimbabwe after parliament, since last year, expelled 39 legislators who went in through an MDC Alliance ...
News
1 year ago
Next Article