SADC vows to take action after deadly attacks in Mozambique 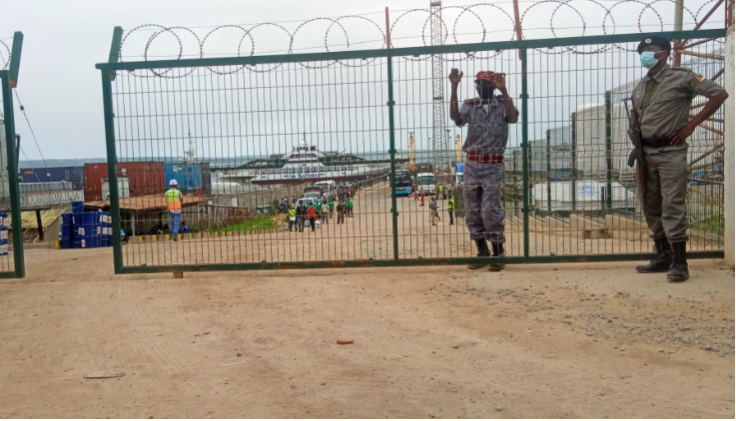 Officials stand guard as a ship carrying more than 1,000 people fleeing an attack claimed by Islamic State-linked insurgents on the town of Palma, docks in Pemba, Mozambique on April 1 2021.
Image: REUTERS/Emidio Jozine NO RESALES. NO ARCHIVES

The Southern African Development Community (SADC) Organ on Politics, Defence and Security has vowed to take action if the terrorist insurgency in Mozambique continues.

Last week’s attacks by Islamist militants in Palma, in the country's Cabo Delgado province, are the most serious of the now four-year insurgency which threatens the economy and peace in the coastal former Portuguese colony.

The Mozambique Oil and Gas Chamber said that the March 25 attack was aimed at disturbing the country’s $23bn (R337bn) liquefied natural gas project, led by Total.

“The AU Commission, through its relevant organs, stands ready to support the region and its mechanisms to jointly address this urgent threat to regional and continental peace and security ... We call for urgent and co-ordinated regional and international action to address this new threat to our common security,” said Mahamat.

Aid workers were at the crowded port to give food to the approximately 1,200 people disembarking.
News
6 months ago

After the meeting in Harare, Masisi said the SADC would take action — “but you won’t have to look for it [action] when you see it”.

Masisi told journalists that before his trip to Harare he had raised the issue with President Cyril Ramaphosa.

Mnangagwa said they want to make it a point that SADC responded in a helpful manner to ensure the integrity and sovereignty of one of their own.

Masisi said after briefing Mnangagwa he would go back to consult Ramaphosa and, after that, action would be taken.

According to Human Rights Watch, hundreds of people remain missing a week after the Islamic State-linked armed group, known as Al-Shabab, attacked Palma. So far the official number of those injured and killed remains unknown.