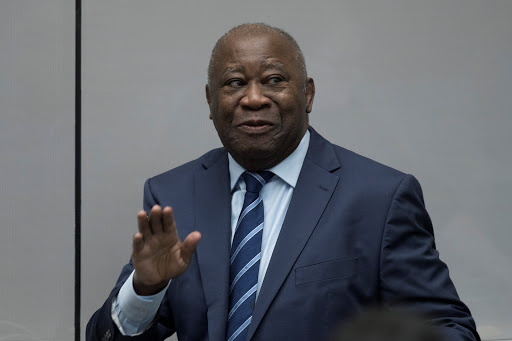 The International Criminal Court will rule Wednesday on a prosecution appeal seeking to overturn the 2019 acquittal of former Ivory Coast President Laurent Gbagbo and order a retrial.

The prosecution has argued that grave errors were made by war crimes judges who found they had failed to prove their case against Gbagbo and co-accused Charles Ble Goude.

Appeals judges have been asked to order a re-trial of the two on charges of crimes against humanity for their alleged role in post-election violence in Ivory Coast in 2010-2011.

Gbagbo served as president from 2000 until his arrest in 2011 after his refusal to concede electoral defeat to current president Alassane Ouattara. The civil conflict that followed killed 3,000 people. After his acquittal, Gbagbo, now 75, was released to Belgium where he has remained, subject to certain restrictions, while awaiting the appeal. Lawyers for Gbagbo told Reuters he will be present in court for the ruling.

The appeals judgment will be read out at 3:00 p.m.

Ivory Coast Prime Minister Hamed Bakayoko, who was seen as a possible successor to President Alassane Ouattara, has died in Freiburg in southwestern ...
News
10 months ago

Voting started in Ivory Coast on Saturday as President Alassane Ouattara seeks a third term in an election two rival candidates have urged their ...
News
1 year ago
Next Article