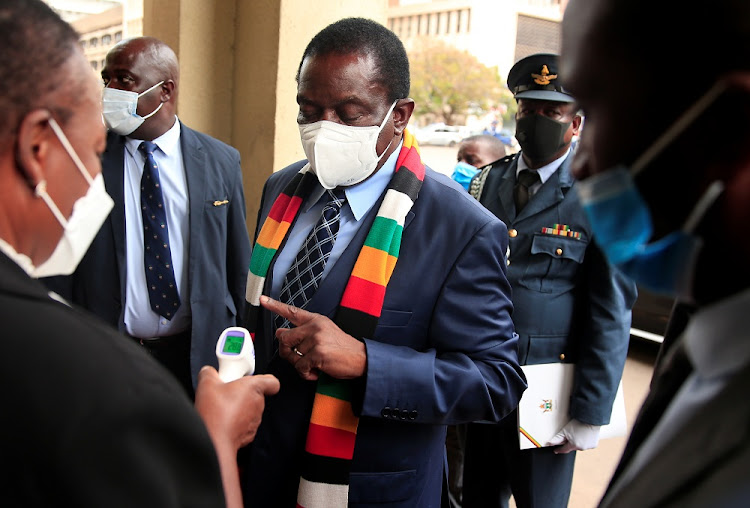 The US state department said Zanu-PF, under the leadership of Zimbabwean President Emmerson Mnangagwa, was using the Covid-19 pandemic as a tool of repression. File photo.
Image: Philimon Bulawayo/Reuters

The US is “closely” following events in Zimbabwe after parliament, since last year, expelled 39 legislators who went in through an MDC Alliance ticket.

The latest recall of MDC Alliance deputy president Tendai Biti and six other legislators saw US department of state spokesperson Ned Price issue a statement on Tuesday saying the recalls were calculated to ”subvert the will of voters, further undermine democracy, and deny millions of Zimbabwean citizens their chosen representation”.

The MDC Alliance, a coalition of parties led by Nelson Chamisa, 43, narrowly and controversially lost to Zanu-PF led by Emmerson Mnangagwa, 78, in the July 2018 polls.

Since then Chamisa has refused to recognise Mnangagwa as the legitimate leader of the nation. This set the stage for Zanu-PF to dismantle the opposition through underhand sponsorship of the recalls.

To date 39 MDC Alliance MPs and 81 local council elected officials were recalled since a March 2020 Supreme Court ruling that Chamisa was an illegitimate leader of the MDC (before coalition with other parties).

Six Zimbabwean lawmakers, including ex-finance minister Tendai Biti, were expelled from parliament on Wednesday after being recalled by a faction of ...
News
7 months ago

The latest development further strains relations between Washington DC and Harare at a time when the latter has appointed its former representative at the UN in New York, Fredrick Shava, as foreign affairs minister.

Shava takes up the portfolio weeks after the US renewed and extended sanctions on the government and individuals linked to it because they “routinely intimidated and violently repressed citizens, including members of opposition political parties, union members and journalists”.

Zanu-PF is misusing the levers of government to silence critics, neutralise opposition and entrench its political power over the Zimbabwean people.

The US state department said Zanu-PF was using the Covid-19 pandemic as a tool of repression and Machiavellian politics.

“We continue to monitor efforts by the government to dismantle the MDC Alliance through the arrest and detention of its leaders and diversion of its assets. We also note the government’s selective enforcement of Covid-19 regulations to indefinitely postpone by-elections and prohibit MDC Alliance gatherings, while permitting internal elections and gatherings for the ruling Zimbabwe African National Union–Patriotic Front party and its allies to go forward.

“Zanu-PF is misusing the levers of government to silence critics, neutralise opposition and entrench its political power over the Zimbabwean people,” Price said.

The Zimbabwe Electoral Commission said on Tuesday by-elections were still suspended although voter registration could resume. This means vacant parliamentary and council seats due to the recalls remain unoccupied.

100,000 Zimbabweans will get free Covid vaccination, thanks to China

About 100,000 Zimbabweans will be vaccinated against Covid-19 courtesy of a donation by China, expected within a week.
News
8 months ago

Incarcerated Zimbabwean journalist has resorted to writing letters from prison as he fights his latest arrest.
News
9 months ago
Next Article