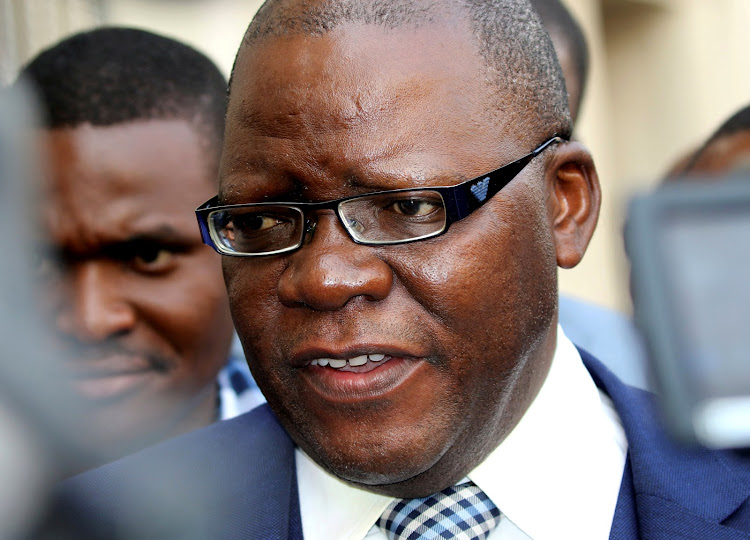 Tendai Biti, a finance minister during the 2009-2013 unity government, is one of Chamisa's deputies and an outspoken lawmaker who chaired parliament's public accounts committee, which has criticised the government's handling of finances.
Image: REUTERS/Philimon Bulawayo/File Photo

Six Zimbabwean lawmakers, including ex-finance minister Tendai Biti, were expelled from parliament on Wednesday after being recalled by a faction of their party as the fight to control the biggest opposition movement escalates.

The Movement for Democratic Change (MDC) party has been in disarray since the country's Supreme Court declared in March 2020 that Nelson Chamisa's leadership was illegitimate and ordered the MDC to elect a new leader.

The move split the party into two competing factions. Chamisa, 43, narrowly lost the 2018 presidential election to President Emmerson Mnangagwa and maintains that the vote was rigged and does not recognize the president.

Biti, a finance minister during the 2009-2013 unity government, is one of Chamisa's deputies and an outspoken lawmaker who chaired parliament's public accounts committee, which has criticised the government's handling of finances.

Speaker of parliament Jacob Mudenda said he had received a letter from an opposition faction that claimed Biti and five other MDC members of parliament no longer belonged to the party and had therefore forfeited their positions as lawmakers.

Parliament's standing committee of public accounts has slammed plans by the department of public works and infrastructure to repair the shoddily ...
News
8 months ago

Zimbabwe's electoral laws state that if an MP quits their party or is expelled they lose their seat. That should trigger a bye-election but Zimbabwe has suspended all elections in the last year, citing the Covid-19 pandemic.

In that time, more than 30 MDC lawmakers, all allies of Chamisa, have been recalled from parliament and their seats remain empty.

Chamisa and the MDC say his rivals are working with the ruling ZANU-PF party to weaken him as punishment for refusing to recognize Mnangagwa's election.

The MDC accuses Mnangagwa of using the cover of Covid-19 pandemic to stifle the opposition and fanning divisions in its ranks. ZANU-PF denies the charge.