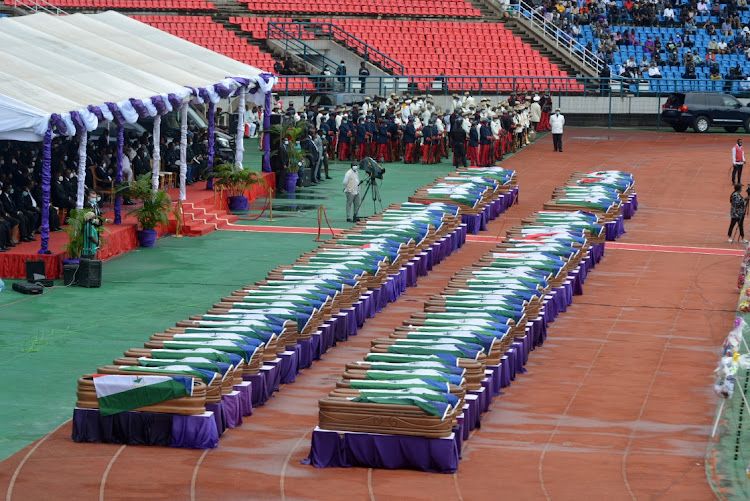 Coffins are seen during the funeral processions for victims of explosions in Bata, Equatorial Guinea on March 12, 2021.
Image: REUTERS/Federico Ekuaga Abaga

Mourners cried out and held up pictures of lost loved ones as Equatorial Guinea held a mass funeral on Friday for the 105 victims of a series of explosions that levelled much of the city of Bata.

Soldiers in face masks carried each coffin into Bata's sports stadium, then laid them out in two lines on the rain-soaked running track.

A series of blasts in an army barracks demolished hundreds of buildings, blew out car windows and left residents buried under piles of rubble on Sunday. Hundreds of injured people, many of them children, overwhelmed the coastal city's hospital.

The government blamed the explosions on the negligent handling of dynamite stored at the base, and on fires set by farmers living nearby. Campaign group Human Rights Watch called for an independent inquiry. 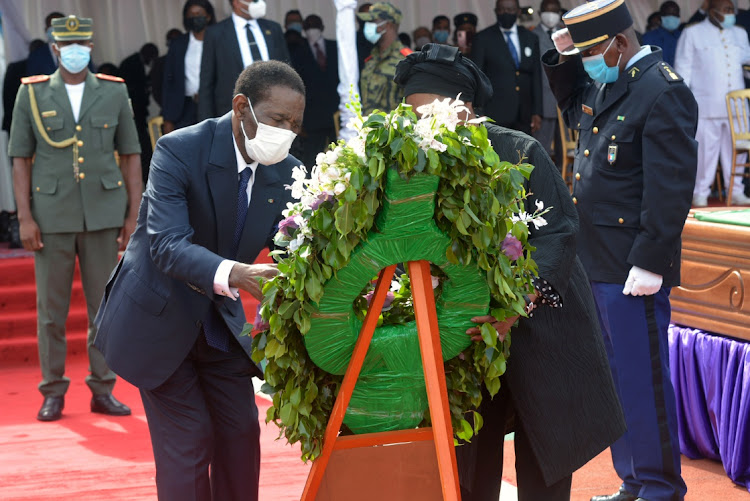 President Teodoro Obiang Nguema, making a rare public appearance at the funeral, appeared shaken and at one point briefly covered his face with his hand.

In a combative speech, he promised to bring those responsible to account and warned Equatoguineans against spreading false news on social media, which he said was being used to politicize the incident.

"This tragic accident ... showed one more time that peace is very fragile and can be broken at any moment by irresponsible, ignorant and incompetent behaviour," he said.

"I express my profound consternation and affliction for the irreparable losses of the lives of our compatriots, many of whom were innocent children," he added.

The president, Africa's long-serving ruler who has run the central African country since 1979, watched from the stands while his son, the vice president, laid a medal on each flag-draped coffin.

Government officials read out the names of the dead while hundreds of people in the stadium looked on in silence.

The death toll from a series of explosions in a military barracks in Equatorial Guinea has risen to 98, the health ministry said on Monday after ...
News
7 months ago

Anglo American Platinum (Amplats) on Monday posted a price-driven jump in annual profit and set its sights on boosting output by 20% while looking to ...
Business
8 months ago

A war of words has erupted between ArcelorMittal SA (Amsa) and the National Union of Metalworkers of SA (Numsa) over the death of three union members ...
News
8 months ago
Next Article