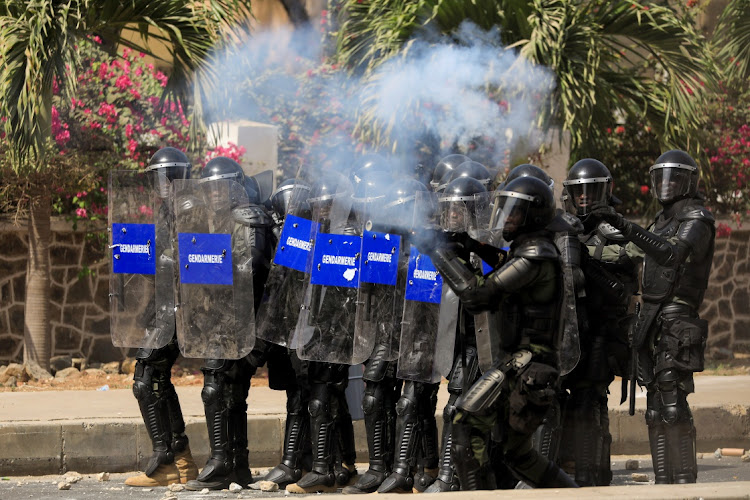 DAKAR - Hundreds of rock-throwing protesters clashed with police in Senegal's capital on Wednesday as the main opposition leader was due to appear in front of a judge to respond to accusations of rape.

An employee at a beauty salon accused Ousmane Sonko, who finished third in the 2019 presidential election, of rape last month and he was summoned for questioning after his parliamentary immunity was removed last week.

Sonko, a 46-year-old former tax inspector who enjoys significant support among younger Senegalese, has denied the allegation and accuses President Macky Sall's government of ginning up the charge to undermine his strongest rival.

Other top rivals of Sall have been targeted by criminal charges in the past, including former Dakar mayor Khalifa Sall and Karim Wade, the son of former President Abdoulaye Wade, both of whom were seen as possible challengers in 2019.

Sall, who has not commented on reports that he might seek a third term in 2024, denies there has been any political interference in the cases.

Hundreds of Sonko supporters gathered in the neighbourhood around his home and chanted, burned tyres and threw rocks at lines of police in riot gear.

"Tell the world Macky Sall is a dictator!" chanted some.

The police fired tear gas cannisters, dispersing the protesters into nearby alleyways where they continued to hurl rocks and taunt officers. A Reuters reporter saw two protesters who were injured, including one who was bleeding from the head.

Amid the melee, Sonko was taken by security forces to a station for questioning, surrounded by paramilitary police. It was not clear if he would later appear before a judge as expected.

Senegal has a reputation as one of West Africa's most stable democracies, but localised clashes between opposition protesters and police are frequent.

Sall's opponents say running for a third term, as the presidents of Guinea and Ivory Coast did last year, would violate the constitution.

Senegal began its coronavirus vaccination campaign on Tuesday with 200,000 doses that it purchased from China's Sinopharm, which it received last ...
News
1 year ago

Angola has become the latest African country to decriminalise same-sex relationships.
News
1 year ago
Next Article