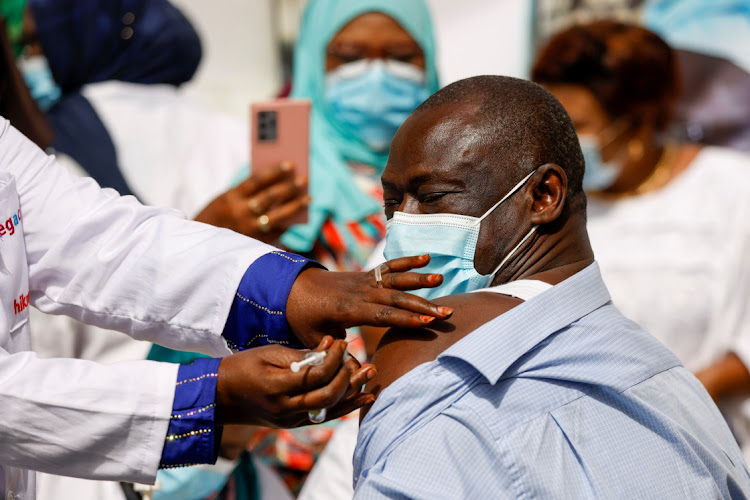 Senegal began its coronavirus vaccination campaign on Tuesday with 200,000 doses that it purchased from China's Sinopharm, which it received last week.

The first shots were given to government ministers and health workers at the health ministry in the capital, Dakar.

The West African country is one of the first in the region to start vaccinating its population against Covid-19. It has so far recorded 33,242 cases and 832 deaths from the disease.

“We are going to continue so that all the Senegalese who must be vaccinated can be,” said Health Minister Abdoulaye Diouf Sarr in a brief speech after receiving the vaccine.

Senegal aims to inoculate about 90% of a targeted 3.5 million people, including health workers and high-risk individuals between the ages of 19 and 60, by the end of 2021. The country's population is about 16 million.

As a lower-middle income country, Senegal is eligible for about 1.3 million vaccine doses for free through the first wave of the World Health Organisation's COVAX programme. Sarr said they were expected to arrive in early March.

The country is also eligible to get 3.4 million doses for just under $23 million under an African Union plan.

Earlier this month the government said it paid a little over 2 billion CFA francs ($3.74 million) for the Sinopharm doses to kick-start its campaign. It is also in negotiations with Russia to purchase its Sputnik V vaccine, said Sarr.

“We are in the process of finalising our commercial relationship with Russia to bring in the Sputnik V vaccine very soon,” he said, adding that Senegal also aimed to get more vaccines from an African Union vaccines programme.

As a sign of solidarity with other African nations, Senegal will give 10,000 doses each of its Sinopharm vaccines to smaller neighbours Gambia and Guinea Bissau, said Sarr.

The million AstraZeneca doses procured by SA three weeks ago have been sold to the AU, health minister Dr Zweli Mkhize told the National Assembly on ...
News
11 months ago
Next Article