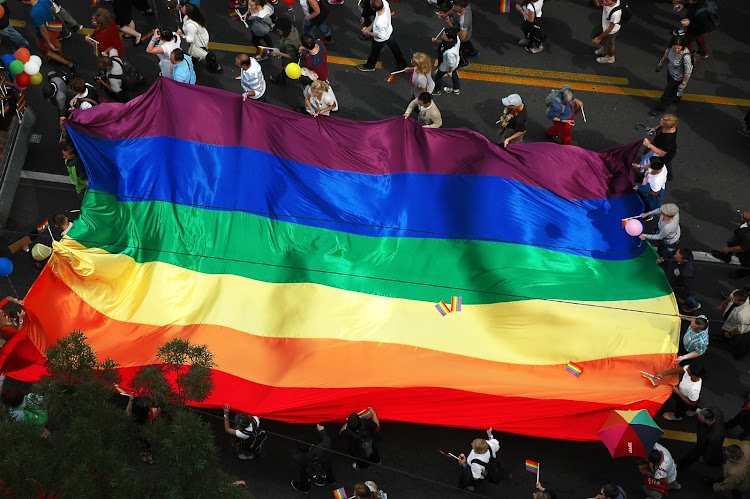 The Centre for Human Rights, Faculty of Law at the University of Pretoria (UP) has welcomed the coming into effect of Angola’s Penal Code decriminalising consensual same-sex acts between adults.

“We urge all African states to recognise the dangers of violence and other forms of discrimination against people based on their real or imputed sexual orientation and gender identity, and to institute laws that protect LGBTQI+ people from violence and discrimination as members of a vulnerable category as called upon in Resolution 275 of the African Commission on Human and Peoples’ Rights,” said Ayodele Sogunro, manager of the facility's sexual orientation unit.

He said it was important to refrain from criminalising the work of human rights defenders and those who worked for the protection and wellbeing of LGBTIQ+ people, and work towards the education of citizens to respect the rights of all people.

Sogunro said though the new penal code was enacted by the Angolan legislature in 2019, it was only “signed into law by the president in November 2020". The changes came into effect on February 9.

Partners in life partnerships conduct their lives as spouses in a marriage, the Constitutional Court heard on Tuesday.
News
1 year ago

According to Sheena Swemmer, a researcher and attorney who completed her PhD at the University of Johannesburg, with a thesis focusing on the intersection of domestic violence and companion animal abuse, it was about time that Angola joined the movement to be tolerant.

“We need to be pleased because it opens up a lot of rights and access but they are taking too long. But when you think of the lives affected during these periods that the rights are prohibited, this doesn’t wave the magic wand on the issue.

“It was about time and it’s exhausting because you feel like it should have happened a long time ago. This is a movement in the right direction, but we are in 2021 and this should have already happened. We want this to happen across the continent and the world,” Swemmer said.

A global review by the International Lesbian, Gay, Bisexual, Trans and Intersex Association (ILGA), found that same-sex sexual acts continue to be a taboo subject in almost all West African countries, particularly in countries such as Ivory Coast, Burkina Faso, Senegal and Benin, where the existence of LGBTI people is often denied.

Dr Allison Geduld, senior lecturer and LGBTQI rights activist, North-West University, said affording basic human rights to all human beings, regardless of their sexual orientation, should not be negotiable.

“It is positive that homosexuality is not only decriminalised but that discrimination on the basis of sexual orientation is prohibited. The prohibition on discrimination places a duty on other citizens to respect the rights of homosexual people. It also sends a symbolic message to the Angolan people on the type of society it wants to create. It is hoped that other African countries will follow soon,” Geduld said.

According to the report, published in 2019, 32 out of 54 African countries criminalised same-sex relations, the IE also discussed a South African Constitutional Court case that declared unconstitutional certain sodomy laws and highlighted advancements in Lesotho, Mozambique and Seychelles to remove such laws from their penal codes since 2012.

“Religion has a big influence in judicial rulings of some West African countries, such as Mauritania, Niger, Senegal, and Northern Nigeria, where Islam has a strong presence in both the social notions of sexuality and its application in the law. In effect, Islamic Sharia law is one more source of law among others, in which same-sex sexual acts are criminalised, and in some cases the death penalty applies,” said the report.

Uganda is once again in the spotlight for its human rights abuses, particularly its proposed imposition for citizens found "guilty" of being gay.
Opinion
2 years ago

“We, therefore, call on other African states that still criminalise same-sex relations to follow the example of African states such as SA, Angola, Seychelles, Mozambique, Cape Verde, Malawi, Botswana, and Gabon, that have judicially overturned or directly decriminalised the penalisation of consensual sexual acts by same-sex adults.

“Such action would align these states with those African states in which same-sex sexual acts by adults in private have never been criminalised, such as Madagascar, Congo, Central African Republic, Equatorial Guinea, Mali, Burundi, Côte d’Ivoire, and Rwanda,” Sogunro said.

Uganda, Mauritania and Somalia are among countries where homosexuality is illegal and same-sex sexual activity could be punished by death.

Uganda announced plans on Thursday for a bill that would impose the death penalty on homosexuals, saying the legislation would curb a rise in ...
News
2 years ago

Following calls for the TV show Zodwa Uncensored to be cancelled, the channel broadcaster Moja Love has issued an apology to the LGBTQI+ community.
News
2 years ago
Next Article