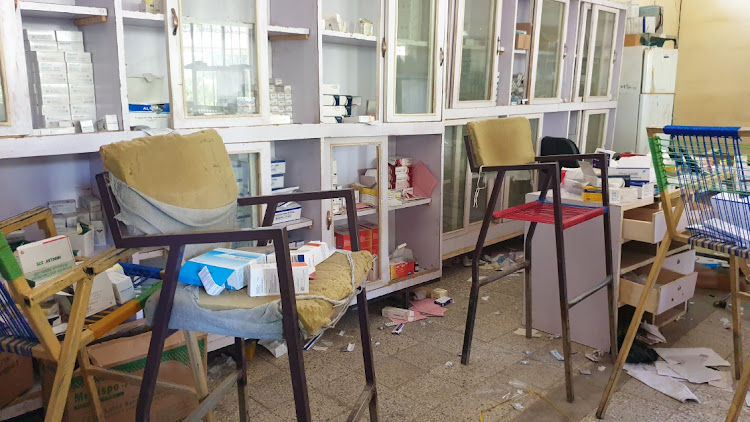 A diabetic mother died as her daughter searched the capital of Ethiopia's northern Tigray region for insulin.

Women gave birth unattended in the dark because their hospital had no electricity or staff at night.

Some hospitals are barely functioning, with no water, electricity or food, they said. Most were looted of medicines; staff members fled.

"The health system in Tigray is reportedly nearly collapsing," the United Nation's Office for the Coordination of Humanitarian Affairs (OCHA) said in a Feb. 4 report.

An assessment carried out this month by international aid agencies found that out of Tigray's 40 hospitals, 11 were fully functional and nine were partly functioning. Fourteen were not working at all and six were not assessed, the report said.

Ethiopian Health Minister Lia Tadesse said conditions were improving rapidly. The government has sent supplies to 70 of the region's 250 health facilities, along with 10 ambulances, she told Reuters last week.

"So many health facilities have been looted, so we are working to get more equipment to the region," she said. "The focus is to restore services, supporting health workers to come back and ensure they have the supplies."

Ethiopia has extended the deadline for telecom firms to bid for new operating licences by a month to April 5, the sector regulator said on Monday, ...
News
8 months ago

Prime Minister Abiy Ahmed declared victory over the TPLF two months ago, but details of the devastation have been slow to emerge as communications to the region remain patchy, and the government tightly controls access for journalists and aid workers. Reuters has not been able to visit the region and could not independently verify accounts provided by residents and medical workers.

Prior to the outbreak of fighting on Nov. 4, most people in Tigray had easy access to a hospital or clinic, according to the Ministry of Health.

The conflict disrupted basic services, including diabetes treatment and maternal care, leading to "too many preventable deaths", the International Committee of the Red Cross said in a Jan. 27 statement.

Only 30 of the region's 280 ambulances are still available, according to OCHA.

One woman described searching the northern Tigray town of Sheraro, on Dec. 22 for pills to prevent pregnancy after a friend told her she had been gang-raped by five men.

"Not a single worker was in the hospital," the woman told Reuters by phone, saying she was too afraid to be identified. "The whole hospital was looted ... Apart from the roof and doors, nothing was left."

She tried a health centre, but said it too had been looted.

The former ruling party in Ethiopia's northern region of Tigray is committed to "extended resistance", according to an audio message purporting to be ...
News
8 months ago

When French aid group Medecins Sans Frontieres (Doctors Without Borders) visited the northern city of Adigrat in mid-December, the hospital was mostly deserted, it said in statement last week. There were hardly any medicines, and no food, water or money.

Some injured patients were malnourished, the group's emergency coordinator for Tigray, Albert Vinas, said in the statement.

Some services have since resumed, but the hospital still has no chemicals for its laboratory and no therapeutic food for malnourished children, an Ethiopian medical worker stationed there told Reuters on Saturday. He asked not to be identified, because he was not authorized to speak to journalists.

Hospitals in the towns of Adwa and Axum, in central Tigray, also had no electricity or water when MSF visited. All the medicines had been stolen from Adwa hospital and furniture and equipment broken, Vinas said.

"I saw people arrive at hospital on bicycles carrying a patient from 30 km (19 miles) away, and those were the ones who managed to get to hospital," he said. "People die at home."

The young coffee seller said she was split from family and friends by an Ethiopian soldier at the Tekeze river, taken down a path, and given a ...
News
9 months ago

RURAL AREAS OUT OF REACH

Most rural parts of Tigray remain out of reach to humanitarian groups because of continuing insecurity, or because they lack permission to go there, aid workers told Reuters. The TPLF withdrew from the regional capital Mekelle and major cities, but low-level fighting has continued in some areas.

Ethiopia's Ministry of Peace said on Saturday that it was "moving with urgency to approve requests for international staff movements into and within Tigray" to ensure humanitarian assistance is expanded without delay.

A team from international aid group Action Against Hunger reached a town west of Mekelle for the first time on Jan. 23 and found it "pretty deserted".

"We want to start having mobile health and nutrition clinics to operate in the rural areas," the group's country director Panos Navrozidis told Reuters, but added security was still fragile.

As many as 20 or 30 women were giving birth unattended daily in the central town of Shire because the hospital is not staffed overnight as healthcare workers are afraid of looters, an aid worker who visited last week told Reuters.

Health Minister Tadesse said workers in and immediately around Mekelle had been paid and money was being sent to local authorities for other areas as quickly as possible. Hospitals in Shire and Axum were functioning again, she said, although Adwa hospital remained out of service.

Help is coming too late for some.

One woman told Reuters her 55-year-old mother died in Mekelle on Dec. 4 after the family was unable to find insulin.

Mehbrit, who asked to be identified by one name for safety reasons, said she tried hospitals, the Ethiopian Red Cross Society and other diabetics, but no one had spare insulin.

For days, she said, she jolted awake each night to check her mother's laboured breathing.

"I was praying to God to bring mercy in the house," Mehbrit said. "The insulin came 13 days after my mother died."

Fighting is still going on in several parts of Ethiopia's northern Tigray region and almost 2.3 million people, or nearly half of the population, ...
News
9 months ago

About 2.2 million people have been displaced within Ethiopia's Tigray region since fighting erupted there in November with about half fleeing after ...
News
9 months ago

An Ethiopian journalist and his friend have been shot dead by an unidentified person in the northern Tigray region's capital Mekelle, an aid worker ...
News
9 months ago
Next Article