The withdrawal complied with a court order on Monday 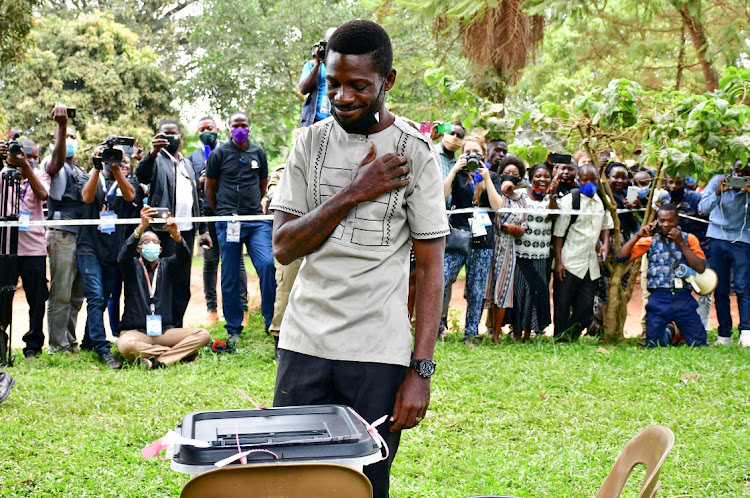 Ugandan singer Robert Kyagulanyi Ssentamu, known as Bobi Wine, was yet to appear by mid-morning at his large compound after troops had withdrawn.
Image: ABUBAKER LUBOWA

Ugandan troops have withdrawn from around the home of opposition leader and pop star Bobi Wine, ending his house arrest since a Jan. 14 election won by long-serving President Yoweri Museveni.

With the election behind him and fraud claims by Wine failing to gain traction, Museveni appears to be calculating that he can mollify pressure from Western allies to free his rival without significant risk to his power base.

The withdrawal of security forces, which the government had said were for Wine's own protection, complied with a court order on Monday.

A Reuters correspondent on the scene confirmed the move, though Wine was yet to appear by mid-morning at his large compound in a leafy northern suburb of the capital Kampala.

But foreign governments have become increasingly frustrated at his reluctance to cede power and crackdowns on opponents.

Wine, 38, had been besieged at home since voting in the presidential poll where he rode a wave of youth disillusionment to challenge Museveni's 34-year rule.

The incumbent was declared winner with 59% of votes versus 35% for Wine, who had for years denounced corruption and nepotism in his songs. The opposition rejected the result, alleging fraud which the government denies.

A Ugandan court has ordered the military and police to cease surrounding the home of opposition leader Bobi Wine, who has been held under house ...
News
2 months ago

Abuse of journalists a threat to the principles of democracy

Election indicates the health of democracy even when it is rigged