Country in the grip of a second wave of infections 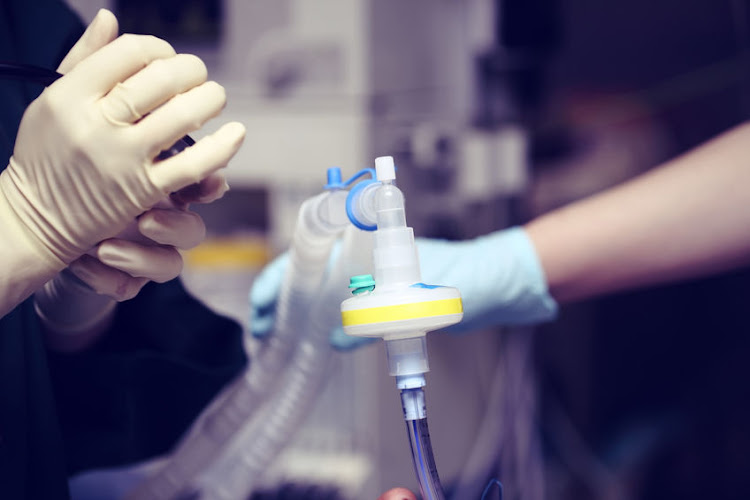 The presidency said the release of funds to address the provision of oxygen was announced at a meeting of the National Economic Council (NEC) advisory body.
Image: 123RF/Yuriy Klochan

Nigeria's president has approved the release of 6.45 billion naira (R254,23 mln) to set up oxygen production plants in 38 sites to help treat Covid-19 patients as authorities contend with a sharp rise in cases, the government said on Thursday.

Africa's most-populous country, where officials recorded low coronavirus numbers through much of last year, is in the grip of a second wave of infections.

The presidency said the release of funds to address the provision of oxygen was announced at a meeting of the National Economic Council (NEC) advisory body.

"President Muhammadu Buhari has approved 6.45 billion naira for the setting up of gas plants in 38 locations nationwide in a bid to enhance the treatment of Covid-19 patients who need oxygen," said a statement issued by the vice president's office.

The release of funds for the production of oxygen was "necessitated by the increased number of patients who need oxygen due to the surge in Covid-19 infections in the country", the statement said.

It said a further 255 million naira (R10 mln) had been approved for repairs of oxygen plants in five hospitals.

Earlier this week, the state government in Lagos, the epicentre of Nigeria's outbreak, said demand for oxygen at one of its main hospitals had increased fivefold in recent weeks to 350 6-litre cylinders a day. It said that was expected to more than double to 750 by the end of January.

Nigeria's state governors issued a statement on Thursday in which they said the country's first vaccine doses were expected to arrive by the end of February.

Authorities previously said the first doses, under the COVAX programme backed by the World Health Organization to secure fair access to Covid-19 vaccines for poor countries, were expected by the end of January. ($1 = 380.7000 naira)

African countries will pay between R44,72 and R149,02 per vaccine dose to access 270 million Covid-19 shots secured this month by the African Union ...
News
1 year ago

Nigeria will seek to procure vaccines that are less dependent on cooling facilities, the head of the country's primary healthcare agency said on ...
News
1 year ago

Nigeria working on type and quantity of COVID-19 vaccines to procure, minister says

Nigeria is working on what type and quantity of COVID-19 vaccines to procure and will make financial provision for them in its 2021 budget, Finance ...
News
1 year ago
Next Article