Different sides have offered contradictory accounts of the Jan. 3 strike 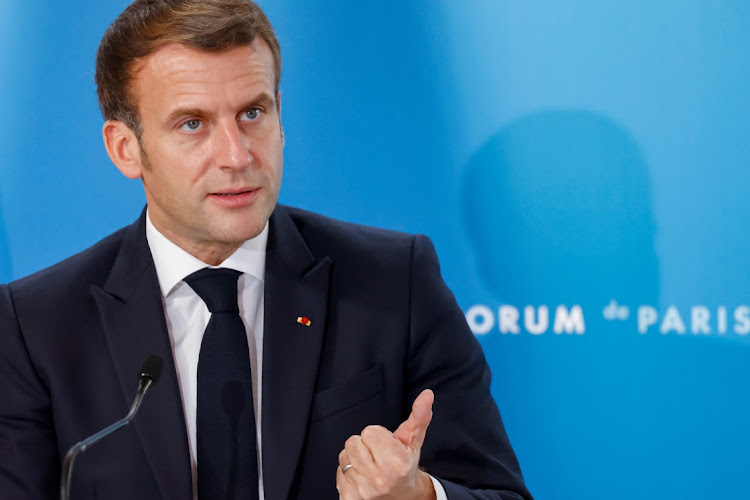 French President Emmanuel Macron said on Tuesday that France could soon "adjust" its operations due to what he said were successes against the militants and the arrival of more European forces.
Image: Ludovic Marin\ REUTERS

Different sides have offered contradictory accounts of the Jan. 3 strike outside the village of Bounti. The French military said it killed about 30 Islamist fighters - a version backed by Malian authorities.

The military did not immediately respond to a request for comment on the HRW report. It has previously said its intelligence before and after the strike allowed it to exclude the possibility of collateral damage. Mali's defence ministry has said it would investigate the incident.

An advocacy group for Fulani herders in Mali said 19 civilians were killed in the strike while attending a wedding, and Medical charity Medecins Sans Frontieres (MSF) said the wounded it treated from Bounti were mostly elderly men.

Al Qaeda-linked Islamist fighters rocketed French military bases in Kidal, Menaka and Gao in northern Mali within the space of a few hours on Monday ...
News
11 months ago

In a statement on Thursday, New York-based HRW cited three Bounti residents, including two who were injured in the attack, as saying that the men had gathered separately from the women and children for the wedding because of gender segregation imposed by Islamist fighters active in the area.

"I heard a powerful detonation, boom, and then another detonation," one of the men, who is 68, told HRW. "When I woke up, my foot was bleeding because of shrapnel, and all around me were wounded and dead bodies."

HRW called on the French and Malian governments to "promptly and impartially" investigate the incident and assist an ongoing United Nations investigation.

France has more than 5,100 military personnel based in Mali and other former colonies in West Africa. Five French soldiers have been killed in Mali in the past month in attacks by an al Qaeda affiliate.

President Emmanuel Macron said on Tuesday that France could soon "adjust" its operations due to what he said were successes against the militants and the arrival of more European forces.

Niger has declared three days of national mourning following the massacre of 100 civilians in two villages in the western region of the country where ...
News
10 months ago

At least 70 civilians were killed in simultaneous attacks on two villages by suspected Islamist militants in Niger, near the border zone with Mali, ...
News
10 months ago
Next Article