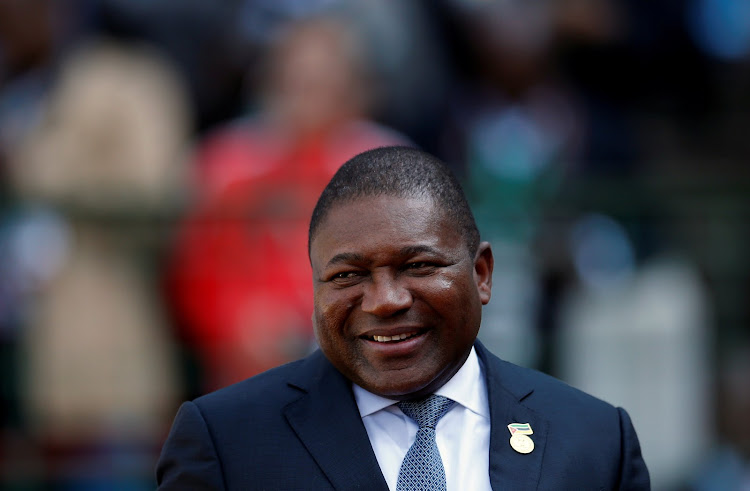 Fighters have been taking on the army and seizing entire towns in recent months in the province, home to gas developments worth some $60 billion.

Earlier this week, the U.N. refugee agency UNHCR said at least 424,000 people had fled to neighbouring Niassa, Nampula and Pempa provinces, and warned that the crisis could spread beyond Mozambique's borders.

"Those who are terrorists must be aware that it will be the people who will win this war," Nyusi said in a televised address to the nation.

"We will keep mobilizing humanitarian aid to the victims of terrorists. These acts have forced 570,000 to flee who are now crying to get back to their destroyed homes."

Nyusi said Mozambique had received offers "from all corners of the world" to help it fight terrorism. The government "will keep training and equip our military to fight", he added.

The insurgent group, Ahlu Sunnah Wa-Jama, staged its first attack in 2017. Known at first mainly for crude beheadings, the fighters declared allegiance to Islamic State in June 2019 and since then have massively increased attacks in scale and frequency.

Nathan Sales, the Coordinator for Counterterrorism at the U.S. State Department, said last week the insurgents in northern Mozambique belonged to a "committed" affiliate of Islamic State and should be seen as a global terrorism threat.

Violence spilled across the border into Tanzania in October, prompting the two countries to launch joint military operations.

Portugal said on Friday it would help Mozambique train up security forces to tackle a wave of militant attacks in the north of the African nation.
News
11 months ago

Ethiopia sent civil servants in Tigray back to work on Monday and ordered gun owners to disarm as Prime Minister Abiy Ahmed's government sought to ...
News
11 months ago
Next Article