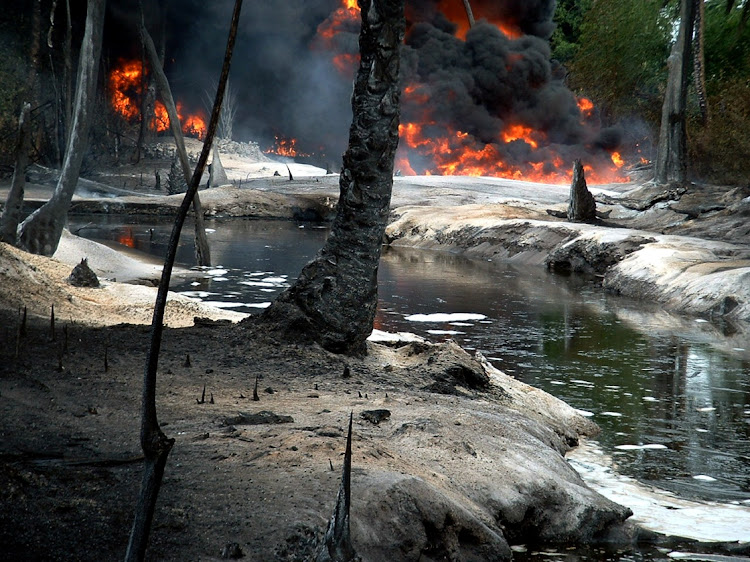 Employees of Shell Petroleum Development Company of Nigeria (SPDC) recruited local youth to sabotage the pipelines and then hired them back as workers to clean up the mess, the report said, citing research by Dutch environmental group Milieudefensie.

Shell's SPDC said it investigates all credible reports of misconduct and takes action where needed.

"As of now, we are not aware of any staff or contractor having been involved in acts causing oil spills in the Niger Delta", it said in a reaction sent to Reuters via Shell's Dutch head office.

The Dutch Foreign Ministry did not respond to a request for comment.

Shell officials and the Dutch ambassador to Nigeria were made aware of the matter by local leaders in 2018, but did not act on those warnings, Zembla said.

Milieudefensie said in a statement on Thursday its research centred on on the village of Ikarama, where it said there had been 30 spills in the last 13 years. "The majority of the leaks in Ikarama were the result of instructions given by Shell Nigeria employees," it said.

The profit made on the cleaning operations was split between SPDC employees and the youths, Zembla said, citing statements provided to police and Nigeria's Ikarama Youth Council by witnesses and people who said they or their family members had taken part.

The programme did not provide any figures on how much profit was allegedly made.

Pipeline sabotage is a major source of pollution in the Niger Delta.

In 2019, Royal Dutch Shell's onshore Nigeria subsidiary said it had seen a 41% rise in the number of crude oil spills caused by theft or pipeline sabotage.

Of a total 164 SPDC spills of more than 100 kilograms in the delta, 157 were from theft and sabotage, Shell said.

SPDC is a joint venture of the Nigerian National Petroleum Corporation (NNPC), which holds a 55% stake, Shell, its operator, with 30%, France's Total with 10% and Italy's Eni with 5%.

It produces around 1 million barrels of oil per day and operates more than 6,000 kilometres of pipelines in the delta.

A Nigerian court has sentenced six foreigners and one Nigerian to seven years in prison for oil theft, the Economic and Financial Crimes Commission ...
News
6 months ago

Nigerian workers demonstrated on Tuesday over pay issues outside the site of what will be Africa's largest oil refinery, the owner Dangote Industries ...
News
7 months ago
Next Article