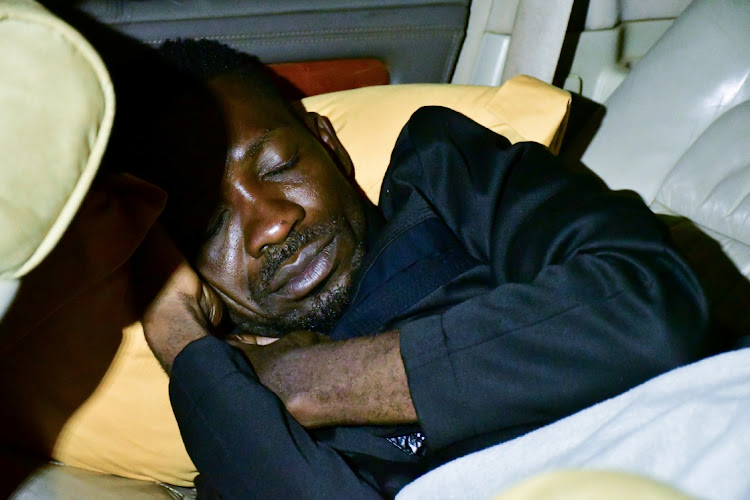 Ugandan pop star and presidential candidate Bobi Wine said on Friday that security forces had ordered hotels in a town where he was campaigning to deny him admission, a new hurdle as he challenges President Yoweri Museveni's rule.

Wine, whose real name is Robert Kyagulanyi, is crisscrossing the country in his campaign to unseat Museveni in an election due to take place on Jan. 14. Museveni, 76, has been in power since 1986.

On Thursday night Wine and his staff and supporters drove to Migera, a small town about 140 km (90 miles) north of the capital Kampala, to spend a night.

Wine said police officers had ordered all hotels in the town not to accommodate him. "We had to spend the night on the roadside, sleeping in vehicles! In our own country!!!," said Wine, 38, in a tweet on Friday.

Wine's spokesman Joel Senyonyi said hotel owners told the group they had been told by security personnel their premises would be closed if they accommodated him.

Wine has accused security personnel of frustrating his campaign through killings, detentions and beatings of his supporters.

Both the police and the military have denied being partisan and targeting Bobi Wine for his politics, and say all their actions are lawful.

Last week security personnel used bullets, teargas and other methods to put down protests in several towns after Wine was detained in eastern Uganda. Police have said 45 people were killed in the unrest.

Ugandan pop star and presidential candidate Bobi Wine, whose arrest this week triggered protests that led to at least 37 deaths, was released on bail ...
News
1 year ago

Sixteen people have been killed in Uganda over two days in operations by security personnel trying to quell protests triggered by the arrest of ...
News
1 year ago

Ugandan presidential candidate and pop star, Bobi Wine, who is seeking to replace long-ruling President Yoweri Museveni, was arrested on Wednesday ...
News
1 year ago
Next Article