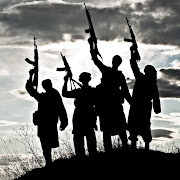 Image: 123RF/ zabelin Inspector General of Police Simon Sirro did not specify the number of those arrested, but said "many Tanzanians, many youths" had been taken into custody.

Tanzania's police said on Thursday they had arrested an unspecified number of people suspected of planning to join Islamist militants in neighbouring Mozambique.

The Islamist insurgency raging in northern Mozambique spilled over the border for the first time in October when about 300 militants carried out an attack on a village in southern Tanzania. The insurgency has links to Islamic State.

"We have arrested people coming from Kigoma, Mwanza and elsewhere," police chief Simon Sirro told reporters. Kigoma is in western Tanzania and Mwanza is in the north of the country.

"They said they were going to Mozambique... They want to join that (Islamist) group. The aim of that group is bad... They should stop this insane behaviour. If they don’t stop they will end up dead or face legal measures," Sirro said.

Although Sirro did not specify the number of those arrested he said "many Tanzanians, many youths" had been taken into custody.

Sirro said police had discovered that some local people had also been involved in the October attack, helping the militants to identify houses that were set on fire. Some of those who aided the attack have also been detained, he said.

Islamic State claimed the October attack in a message on one of its Telegram channels on Oct. 15. It said its fighters had attacked an army barracks in the village a day earlier, killing a number of personnel and capturing weapons and ammunition.