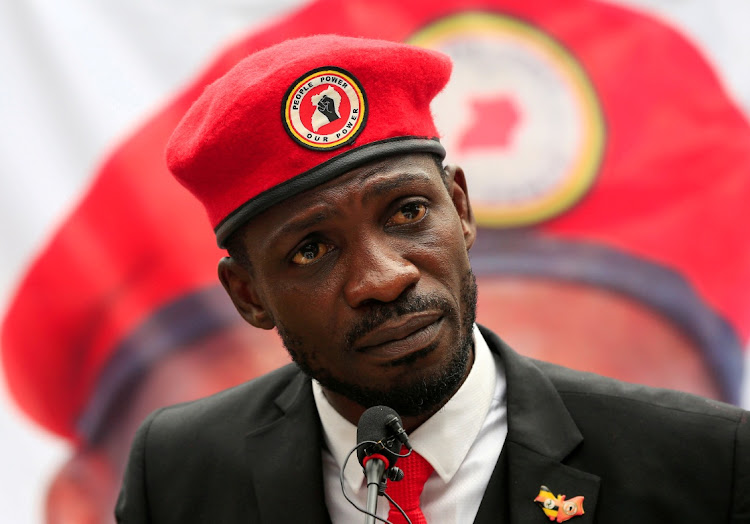 Ugandan presidential candidate and pop star, Bobi Wine, who is seeking to replace long-ruling President Yoweri Museveni, was arrested on Wednesday while campaigning in the east of the country, he said on Twitter.

In two tweets, Wine, whose real name is Robert Kyagulanyi, said police had violently broken into his vehicle and taken him into custody.

Police did not immediately respond to a request for comment.

"The price of freedom is high but we shall certainly overcome," Wine, 38, said in one of the tweets.

A local independent newspaper, Daily Monitor, reported demonstrators had erected barricades and lit fires on some roads in the capital Kampala and at least one other town to protest against Wine's arrest.

Since expressing his intention to run against Museveni, Wine has won a large following, especially among young people in the east African country.

Wine's large following has rattled the ruling National Resistance Movement (NRM) and security forces have frequently fired teargas at his rallies and detained and beaten his supporters, witnesses say.

On the day he was nominated early this month, a squad of military and policy personnel used metallic tools to break into his vehicle. He was subsequently detained briefly and police used teargas to disperse his supporters.

In a statement issued before Wine's detention on Wednesday, police had warned that presidential candidates would be arrested if they flouted guidelines limiting attendance at rallies to 200 people during the COVID-19 pandemic.

The European Union will not deploy an observer mission for Uganda's presidential election in January, an official said on Monday, after complaints ...
News
1 year ago
Next Article