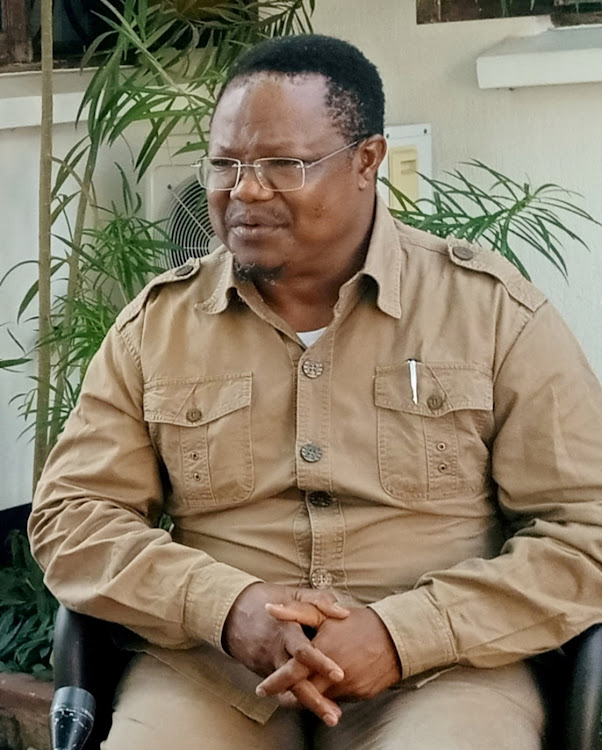 Tanzania's opposition presidential candidate left for Belgium on Tuesday where he said he will campaign for democracy following a disputed election that the incumbent President John Magufuli won with 84% of the vote.

Tundu Lissu, candidate for leading opposition party CHADEMA, was the main challenger to Magufuli in the Oct. 28 polls.

"I am heading to Europe to continue our fight," Lissu told Reuters via text message. "Our country needs freedom, justice and people's development."

Magufuli was sworn in on Thursday for his second, five-year term and has promised to work with his rivals.

Lissu said the German, Belgian and United States ambassadors intervened on his behalf, and the Magufuli administration allowed him to leave the country.

A CHADEMA spokesman said Lissu left the country in the afternoon for medical treatment and political work. Lissu spent almost three years in Belgium after he was shot 16 times in 2017 in an unsolved case.

Tanzanian police have arrested Freeman Mbowe, the leader of the main opposition party Chadema, according to Tundu Lissu, the party's candidate in ...
News
1 year ago

Tanzania's two leading opposition parties said on Saturday they will not recognise results of a presidential election that handed incumbent leader ...
News
1 year ago

"I am switching the battle to the international arena. The Magufuli administration needs to be challenged in and out of the country," Lissu said.

Lissu and other opposition leaders called for protests against the election results, but their plans were scuttled when police arrested them last week. They were later released on bail.

Police said the demonstrations were illegal and were meant to cause violence in the East African country.

On Tuesday, the U.N. human rights chief said she was disturbed by reports of "intimidation and harassment" of the opposition in Tanzania following the election.

Michelle Bachelet, the U.N. High Commissioner for Human Rights, asked for investigations into allegations of human rights violations before, during and after the election.

During his first term in office, Magufuli was praised by some for investing heavily in infrastructure projects and a sweeping anti-corruption campaign, but critics have accused his government of intolerance and a crackdown on critical voices .

The government denies that it stifles dissent.