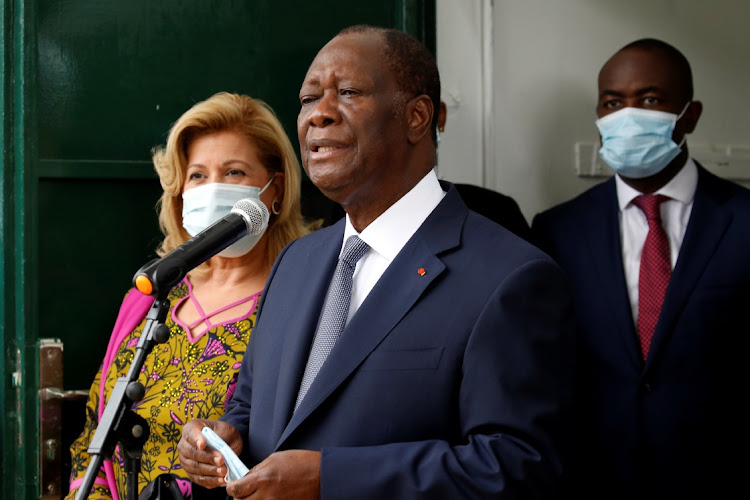 Ivory Coast President Alassane Ouattara speaks next to his wife Dominique after casting their votes at a polling station during the presidential election in Abidjan, Ivory Coast October 31, 2020.
Image: LUC GNAGO

Ivory Coast President Alassane Ouattara has provisionally won a third term in office with 94.27% of the vote, the electoral commission announced early on Tuesday, after a bitter election that sparked deadly violence and was boycotted by opposition voters.

Voting started in Ivory Coast on Saturday as President Alassane Ouattara seeks a third term in an election two rival candidates have urged their ...
News
1 year ago

The results have to validated by the country's constitutional council which will declare the final winner after hearing any challenges or complaints of irregularities.

Ouattara, 78, received over 90% in most districts in Saturday's vote, although the opposition said his bid was an illegal attempt to hold onto power.

The Ivorian constitution limits presidents to two terms, but Ouattara says the approval of a new constitution in 2016 allowed him to restart his mandate.

The disagreement led to clashes in the lead up to the vote, in which at least 30 people died. At least five more were killed on Saturday, officials said.

The country was spared the widespread violence that many feared would erupt during voting, but many Ivorians fear that the country could experience longer term unrest.