Somali women demand guarantee of 30% of parliament in 2021 election 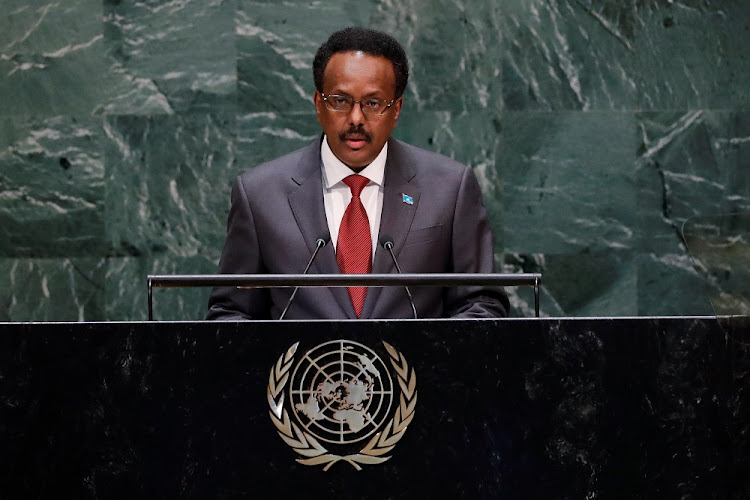 Women's rights groups, prominent businesswomen and female politicians in Somalia are urging the country's male-dominated parliament to pass a bill reserving 30% of seats for women in next year's general election.

Women hold 24% of the 329 seats in Somalia's lower and upper houses of parliament, according to the Inter-Parliamentary Union (IPU), up from 14% in the previous election.

In June, Somalia's lower house approved a bill allowing for 30% of parliamentary seats to be reserved for women, but the bill has not been tabled before the upper house for approval.

President Mohamed Abdullahi Mohamed did sign an agreement on with regional leaders in September which included the 30% quota - but women's rights campaigners said this was not good enough.

"We want this commitment on reserving 30% seats for women to be passed as legislation," said Deqa Abdiqasim Salad, CEO of Hear Women, a charity working to strengthen the political voice of women in Somalia.

"We are happy to have achieved 24% in the current parliament, but legislation is necessary to ensure that we do not lose the seats we have and help strengthen democracy by providing for a more representative voice in policy-making."

Salad is one of more than 135 signatories on a declaration calling for a 30% quota.

Supporters of gender quotas point to African countries such Rwanda, which leads the world with 55% of women occupying parliamentary seats, as an example of progressive governance.

This was achieved by Rwanda's 2003 Constitution stating women occupy 30% of all government decision-making bodies.

The women's quota system has been adopted by more than 100 countries to ensure women's rights and participation in the political processes, said the declaration.

Somali women have played a vital role in bringing peace and prosperity in their communities in a country which has been mired in conflict since 1991 - and now deserved the right to have a representative voice in parliament, it added.

Elections are expected to take place in February 2021.

A bill introduced in parliament this month by a presidential ally caused a storm of criticism from lawmakers when they realised it would legalise ...
News
1 year ago

The east African nation has high rates of child marriage and violence against women, including rape and female genital mutilation (FGM). The United Nations says 45% of women are married before 18, while 98% have undergone FGM.

Women's rights groups say a stronger voice at the top would have a trickle-down effect, helping women at the grassroots level fight abuse, discrimination and inequality.

Zahro Yusuf, who is aspiring to run as a candidate in Somalia's capital Mogadishu, said the reservation of seats for women was the only way to combat age-old sexist attitudes.

"I'm keen to have a seat in parliament. But I have the fear in my mind that local traditional, regional leaders in my clan wouldn't consider me to represent my community, even though I want to serve my nation."