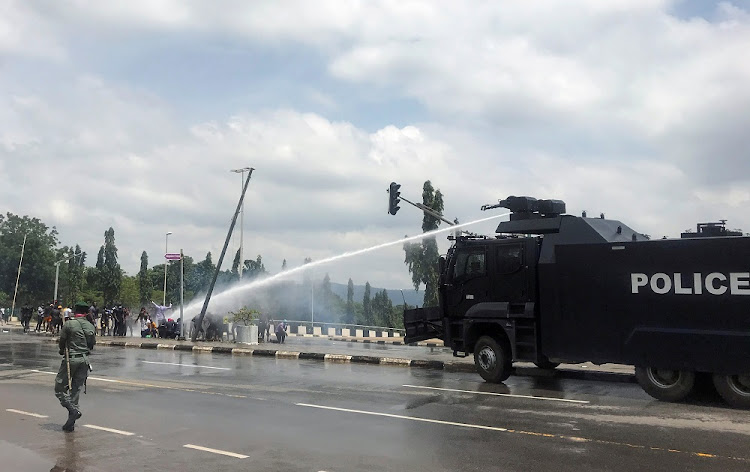 Nigeria's police chief ordered the immediate mobilisation of all force resources on Saturday to try to control the worst street violence in Africa's most populous country in two decades stemming from protests against police brutality.

The unrest, unprecedented since the 1999 return to civilian rule, is the most serious political crisis confronting President Muhammadu Buhari, a former military ruler elected in 2015. Curfews have been imposed on millions of people in recent days in response to violence and looting in parts of the country.

Violence, particularly in the commercial capital Lagos, escalated after demonstrators were shot on Tuesday night in the city's Lekki district during a round-the-clock curfew.

Rights group Amnesty International said soldiers and police had killed at least 12 protesters in two districts, though the army and police denied any involvement.

Several states, mostly in southern Nigeria, have imposed curfews after two weeks of confrontations between protesters and members of the security services.

Burned-out buildings and armed gangs in Lagos despite president's plea

Gangs armed with knives and sticks blocked major roads in Lagos on Friday, with many on the streets angered by a speech in which the president called ...
News
1 year ago

As pockets of unrest flared again on Saturday in parts of the country, a spokesman for southern Cross River state said several buildings had been vandalised over the last two days including a shopping mall, a bank and electoral offices.

A round-the-clock curfew was reimposed on parts of the central city of Jos, just a day after it was relaxed on Friday, following the looting of emergency food supplies stored there by the disasters ministry, authorities said.

"This looting has spread to other facilities and is gradually degenerating thereby threatening the peace and security of the state," the governor of Plateau state, Simon Lalong, said in a statement.

And a round-the-clock curfew was imposed in the northern state of Kaduna on Saturday. The move was to "protect lives and property and contain criminal elements", state security commissioner Samuel Aruwan said in a statement.

The Nigeria Police Force said its inspector general Mohammed Adamu had ordered the immediate deployment of all assets and resources to end violence, looting and destruction of property by criminals masquerading as protesters.

"The IGP enjoins law-abiding citizens not to panic but rather join forces with the police and other members of the law enforcement community to protect their communities from the criminal elements," the force said in a statement.

During a call on Friday between Buhari and former Nigerian presidents, the head of state said 51 civilian fatalities and 37 injuries had been recorded as a result of "hooliganism" in recent weeks, according to a statement released on Saturday outlining his opening remarks.

Unrest escalated in parts of Nigeria after the shooting of the protesters who gathered in Lagos on Tuesday night in defiance of a curfew to demonstrate against police brutality.

Olusegun Samuel, the guardian of one protester who was shot at that demonstration, said on Saturday that the 24-year-old may have his right leg amputated due to a severe wound.

David Ivwrogbo was working as a truck driver at a railway construction site when the curfew was announced on Tuesday. He said he was not part of the protest, and was trying to reach home when he was also shot in the leg. He said he was dragged to safety by demonstrators.

"The youths are awake and they don't want to go back to sleep," he said, referring to frustrated young people who have taken to Nigeria's streets in the wake of the campaign against police brutality.

- Reporting by Felix Onuah in Abuja and Angela Ukomadu in Lagos; Additional reporting by Anamesere Igboeroteonwu in Onitsha, Tife Owolabi in Yenagoa and Joshua Inuwa in Jos.