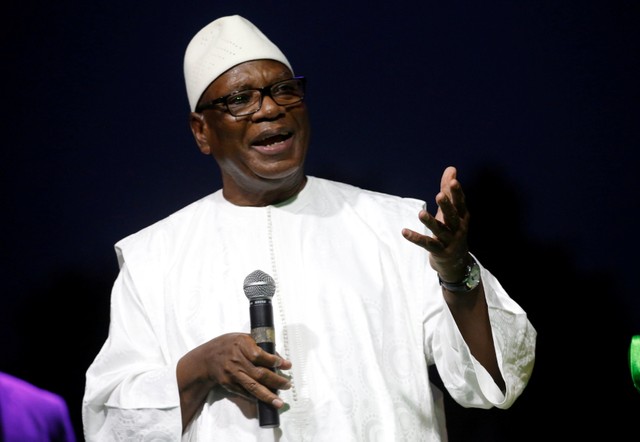 Keita - who was overthrown in a military coup in August - did not make a statement and his Rally for Mali (RPM) party did not give any details on what his next move would be.

The 75-year-old was toppled after weeks of protests against his government's failure to rein in violence by Islamist militants and ethnic militias, amid widespread anger over alleged corruption and the sluggish economy.

He was hospitalised six days after the coup for reasons that were never publicly disclosed and flown to Abu Dhabi the following week on the condition that he return after his treatment.

West African neighbours initially called for Keita's restoration as president but dropped that demand after it became clear that there was little appetite for that in Mali.

While he was gone, the junta that overthrew him ceded power to a nominally civilian transition government, although its president is a retired colonel and its vice president the leader of the coup.

"I confirm that he returned Wednesday evening," RPM president Bocary Treta said on Thursday. "He has recovered a lot, both in terms of health and morale despite the difficult period he went through."

Some of Keita's opponents have called for him to be prosecuted for corruption over the procurement of a presidential plane and military equipment. Keita has denied any wrongdoing.