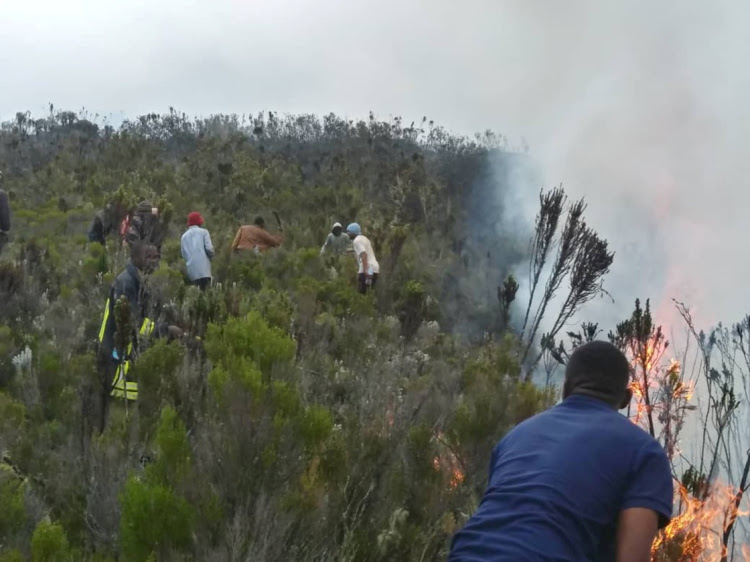 Tanzanian firefighters were battling for a third day on Tuesday to control a blaze on the slopes of Africa's highest mountain, Mount Kilimanjaro, officials in the area said.

The fire, initially fanned by strong winds, erupted on Sunday at the Whona area, a rest centre for climbers using Mandara and Horombo, two of the routes tourists take up the mountain. Officials said winds had weakened on Tuesday.

Tanzania National Park Service (TANAPA) official Pascal Shelutete told Reuters that firefighters and others were getting the blaze under control, saying it was "almost contained".

Hundreds of firefighters, residents and students in the area joined the effort to battle the blaze on Kilimanjaro, which rises to almost 6,000 metres (20,000 feet) above sea level.

A fire broke out on Mount Kilimanjaro on Sunday afternoon and authorities were trying to contain it, Tanzania National Parks service (Tanapa) said.
News
1 year ago

All international travellers have not yet been given the all-clear but you’re free to travel to any African country. Here are our top picks
S Mag
1 year ago

The mountain in the East African nation of Tanzania attracts about 50,000 climbers a year.

"The weather is calm and there is no heavy wind that can spread the fire to other areas," said Alex Kisingo, deputy head at the nearby College of African Wildlife Management, which has sent students and staff to fight the fire.

"The fire could have been contained earlier but the mountainous fire is very tricky," he said, adding that no one had been injured and private property had not been affected.

He said the blaze could be contained by Tuesday evening, if the calm weather continued.